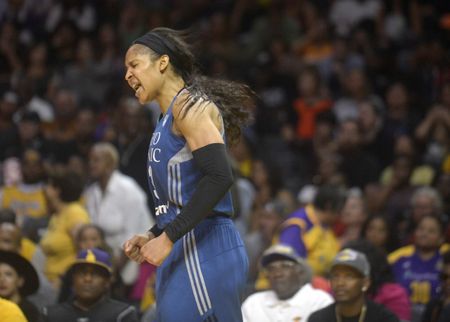 Maya Moore is married to Jonathan Irons, the man she helped free from prison when his wrongful conviction from 23 years ago was overturned.

Moore announced Wednesday on “Good Morning America” with Irons by her side that the couple married earlier this summer.

“We wanted to announce today that we are super excited to continue the work that we’ve been doing together, but doing it as a married couple,” Moore said. “We’re excited to share this new chapter of life together.”

Moore was present when Irons was released from prison on July 1.

Irons, 40, was serving a 50-year prison sentence of which he served more than 21 years. In 1998, he was convicted of breaking into a Missouri home and shooting a homeowner. A judge ruled in March that prosecutors suppressed critical fingerprint evidence that strengthened Irons’ defense.

The 31-year-old Moore left the WNBA to dedicate her time to freeing Irons. Moore said she’s keeping her basketball career on hold for now.

“I am trying to really just breathe from this long, long battle,” she said. “There’s a lot of unknowns for a lot of us right now. So I’m still in that camp.”

Moore won four WNBA championships with the Minnesota Lynx and was the league Most Valuable Player in 2014. She also won two Olympic gold medals.