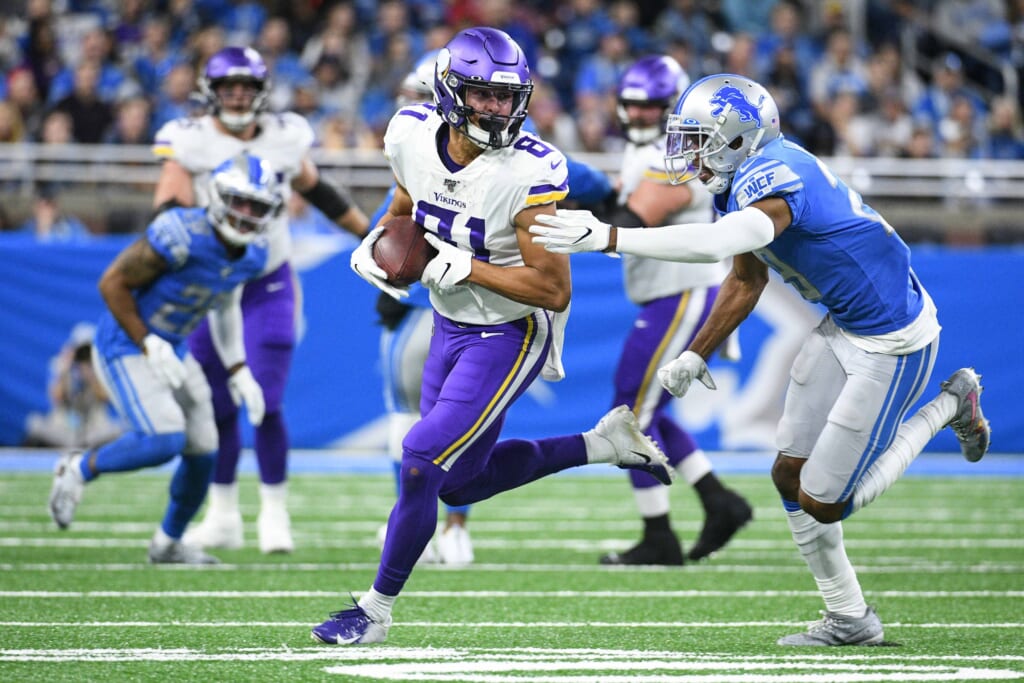 Going into each NFL season, players improve from year to year. With no preseason, fans have had to wait much longer for the first chance to see how the Minnesota Vikings roster has improved from a season ago. In this article, we take a look at three players who may become stars in 2020 and take that leap from the last time fans saw them take the field.

CHECK OUT: Our 32-team NFL Power Rankings, updated each and ever week throughout the season.

Now that the Minnesota Vikings roster is down to 53, we have a much better idea of which players are set to play a big role to begin the year. For many athletes, this past offseason was the toughest yet in terms of being able to stay in shape, use team facilities to improve, or schedule time to work with fellow teammates and trainers in an effort to sharpen their skills. The question is, throughout all the mayhem, which players have taken their games to another level, and how will it translate to success on the field?

After drafting Olabisi Johnson out of Colorado State as the 247th overall pick out of 254 possible selections, somehow the seventh-round rookie made the roster right away. Looking at this year’s roster, not a single player drafted after the fifth round in 2020 made the team. Of course, with limited reps, making the squad as a late-round pick this year may have been trickier than in years past.

Not only did Johnson make the Minnesota Vikings roster, but he also ended up starting six games and playing in 53% of the snaps offensively. That tells us a couple of things:

Gary Kubiak, Rick Spielman and the Vikings really liked him coming out of the draft.
Bisi has handled himself well since being drafted, showing what he can do throughout the regular season.

It was rumored that Kubiak, with his local ties to Colorado, was a big fan of Bisi’s throughout the draft process. Now that Kubiak has been named offensive coordinator for this coming season, I don’t expect the former Colorado St. player to suddenly fall out of favor with the team. After seeing him play in all 16 games last season, I anticipate Johnson coming back with a bigger chip on his shoulder, since he now knows what to expect in the NFL.

Now that Bisi has had the opportunity to go into an offseason and fine-tune whatever the Vikings felt he needed to work on, we are all interested to see how his dedicated training translates to more success going into his second season. Of course, he now has Justin Jefferson and Tajaé Sharpe breathing down his neck. While his competition is stiffer than last year, expect Bisi to take the steps necessary …read more