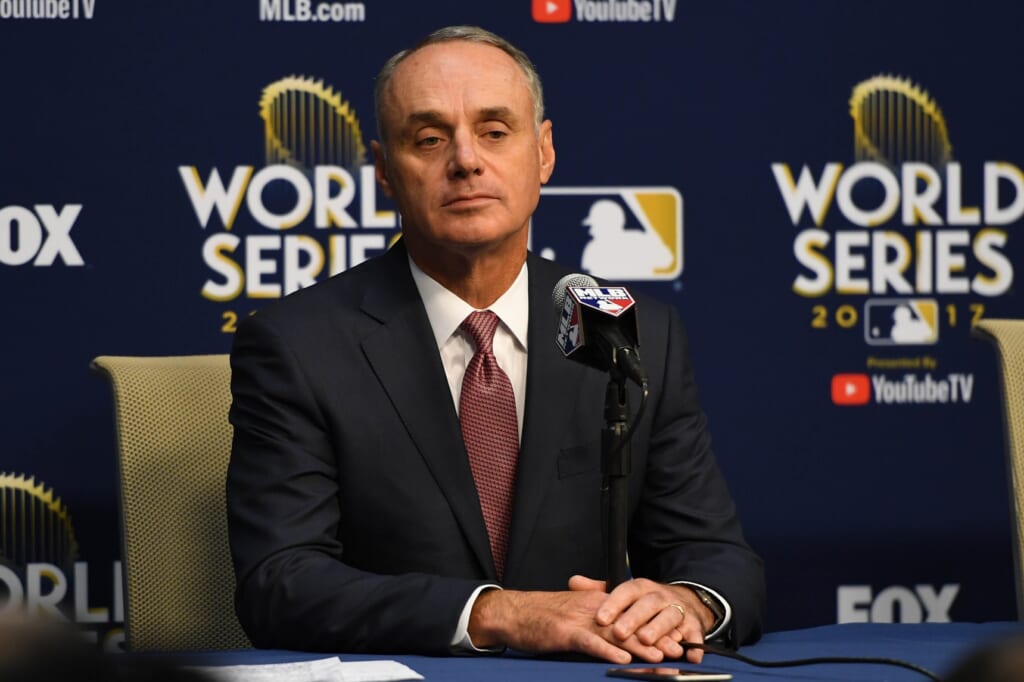 It was just on Friday that MLB Commissioner Rob Manfred spoke to Players’ Union head Tony Clark and threatened to pull the plug on the 2020 season if players didn’t do a better job following the COVID-19 protocols.

Needless to say, Manfred was blasted for his unwillingness to take responsibility with the season on the brink after multiple outbreaks of the virus. One day later, and the embattled commish is singing a different tune.

Rob Manfred indicates the the season is going on

Comissioner Rob Manfred tells me “We are playing. The players need to be better, but I am not a quitter in general and there is no reason to quit now. We have had to be fluid, but it is manageable.”

In what seemed to be a coordinated message, owners held a call on Saturday. Said call concluded in the belief that the season should resume.

Has it been a rocky start for MLB? Yes. But owners had call and decided it would be tough for sport to recover if they pulled plug this soon. Want to stick it out for now if at all possible.

What does this all mean? Well, it’s pretty tricky given the virus situation around Major League Baseball right now.

St. Louis had its game against the Milwaukee Brewers postponed on Friday. The hope was that it would be able to take on the Brewers on Saturday with a doubleheader on Sunday. That’s no longer the case as at least three additional members of the Cardinals’ organization tested positive on Saturday.

This comes on the heels of over half of the Miami Marlins’ active roster testing positive for COVID-19. All said, 20% of MLB teams have seen games postponed over the first week-plus of the truncated season due to positive COVID-19 tests.

Report: NFL to move up opt-out deadline for 2020 season

Utah State University sued over expulsion of student with Down syndrome