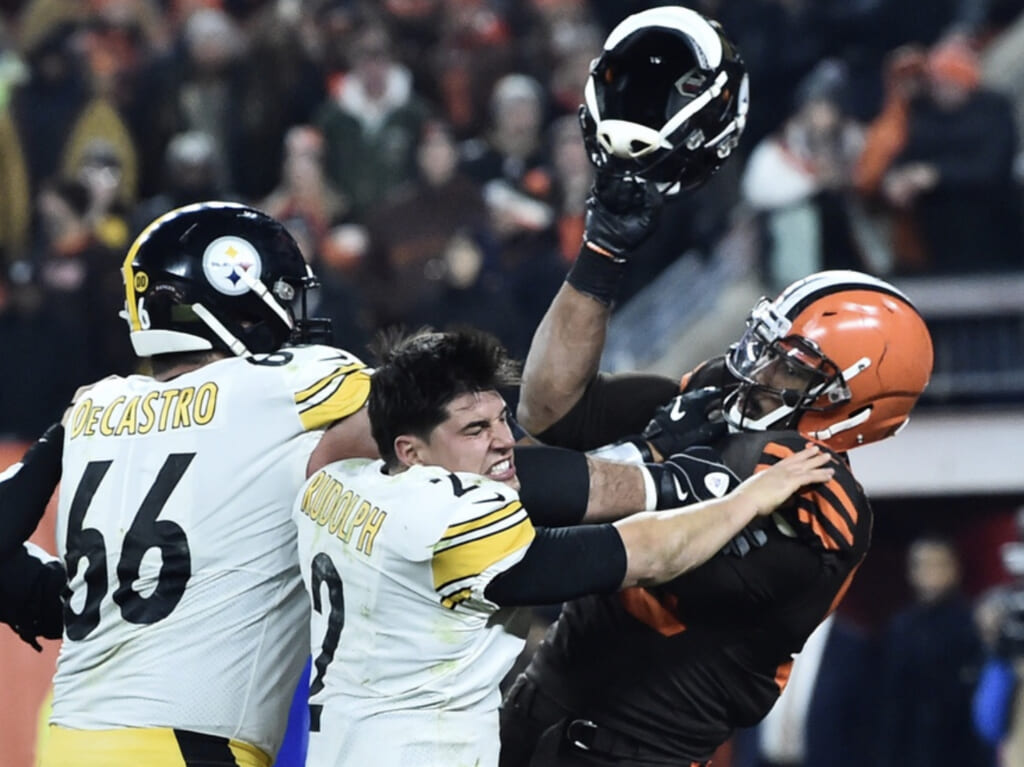 Cleveland Browns star defensive end Myles Garrett was reinstated by the NFL after missing the final six games of the 2019 season to suspension.

If you remember, Garrett was suspended after taking off Pittsburgh Steelers quarterback Mason Rudolph’s helmet and hitting him in the head with with it during a “Monday Night Football” game back on Nov. 14.

Shortly after the game, Garrett claimed Rudolph directed racial slurs in his direction. While no one else on the field heard it, Garrett is now doubling down on that.

Rudolph himself received a substantial fine for his role in the ugly incident, but was not suspended by the NFL.

He also denied the claims after the fact.

We’ll likely never get a full picture of what happened on the field in Cleveland that Monday night. It’s not stopping Garrett from doubling down on the allegations.

Donovan Mitchell’s expectations of himself led to an NBA All-Star bid, but he wants more