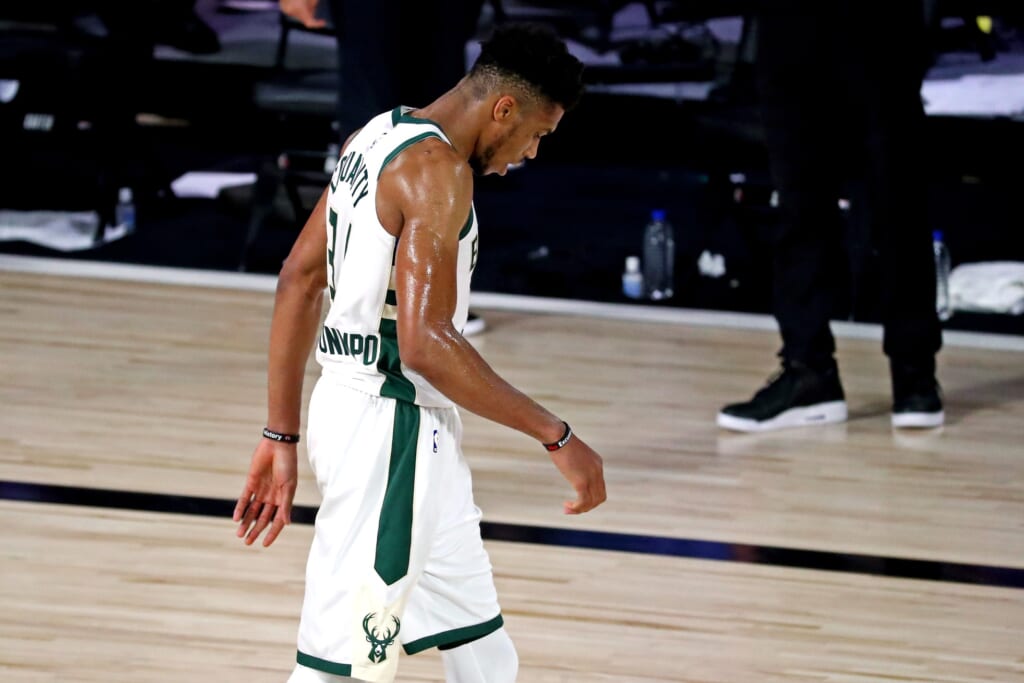 Milwaukee Bucks star forward and reigning NBA MVP Giannis Antetokounmpo met with the team’s brass this past weekend, shortly after a stunning exit in the second round of the playoffs.

Giannis is slated to hit free agency following the 2020-21 season. It’s led to speculation that he could very well be on the verge of departing Milwaukee after making that city a basketball power house.

One NBA legend is not too sure about that.

“I honestly don’t foresee Giannis leaving,” the future Hall of Famer told ESPN’s “Get Up.” Carter likened him to Damian Lillard in indicating that the Greek Freak can draw other star power to Milwaukee.

Antetokounmpo is set to earn $27.53 million in 2020-21, the final season of his current four-year, $100 million contract. Milwaukee can offer him a super-max extension this fall that could earn him up to $255 million over five seasons.

That’s much more than any other team would be able to offer the star forward in free agency next summer.

It’s obviously not all about this. There’s a market dynamic that comes into play here. Larger markets offer Giannis a lot more earnings potential off the court. That can’t be lost in this.

If the Bucks’ brass feels it’s inevitable that the Greek Freak will depart in free agency following the 2020-21 season, there’s a chance that the team looks to trade him.

The idea would be to acquire a massive haul in what would be one of the biggest trades in NBA history. The alternative would be losing him for nothing in free agency following the 2020-21 season.

For now, the Los Angeles Clippers are reportedly interested in adding Giannis to the mix should he hit free agency. Another top-end Western Conference team has been in on him for some time now.

Whether it’s via trade or free agency, there’s not going to be a limited market for Antetokounmpo. That’s for sure.

Milwaukee can snuff this out quickly by signing him to that super-max extension. The Bucks are set to meet with Antetokounmpo once again after he returns from vacation.