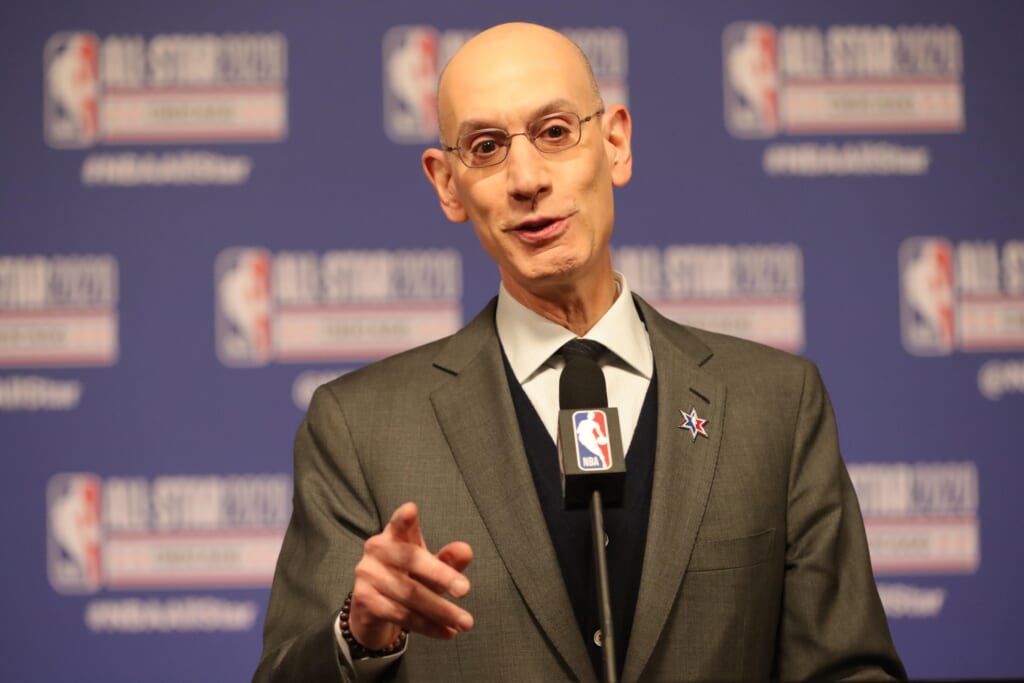 The NBA Playoffs are rolling along smoothly in the Orlando bubble, but the league is once again pushing back its planned start date for the 2021 season.

Everything unraveled for the NBA on March 11 after Utah Jazz center Rudy Gobert tested positive for COVID-19, leading to the league suspending operations indefinitely. The 2019-’20 season eventually resumed on July 30 at Walt Disney World in Orlando, but plans for the next season were uncertain.

As the NBA’s bubble experiment in Orlando unfolded perfectly, discussions for the 2021 season began. The league knew the regular season would need to be delayed with this year’s playoffs beginning so late, but there was hope the 2021 season could tip-off in December.

Due to the uncertainty of the COVID-19 pandemic, the NBA reportedly began considering not starting next season’s schedule until January 2021. Commissioner Adam Silver later confirmed the season would be delayed, but there was still some hope it would begin on Dec. 1.

Now, per The Athletic’s Shams Charania, the league office informed all 30 teams on Thursday that the 2021 NBA season won’t begin until Christmas Day, in the best-case scenario.

Unfortunately, the latest delay isn’t a surprise given how the coronavirus pandemic has unfolded and with renewed uncertainty for fan attendance next season. The NBA Finals won’t end until the second week of October, with the 2020 NBA Draft also being pushed back to November.

Once the games are over, players will need months to recover after going from playing in March to resting for three months and then suddenly playing games again. Teams will also need time to make moves this offseason, with big names available in the draft and free agency.

While the NBA is still setting Christmas Day as the earliest return date, it’s probably that there will be another delay. Ultimately, we might not see the 2021 NBA season start until January or even February.

Typically, the NBA Draft is held in June and represents a marquee moment to start a busy offseason. However, due to the unprecedented changes this year, the NBA Draft has been pushed back repeatedly.

The NBA Draft Lottery wasn’t held until Aug. 20, when the Minnesota Timberwolves landed the No. 1 overall pick. At the time, there was hope the draft could be held on Oct. 16, but plans have changed.

Now, per The Athletic, the NBA has rescheduled the 2020 NBA Draft and tentatively set a date for Nov. 18. The decision gives teams more time to evaluate draft prospects in a year where there haven’t been individual workouts and March Madness was canceled.

Much like with the start of the 2021 season, the date for the NBA Draft is fluid and could change in a matter of weeks. Given the amount of uncertainty surrounding prospects and this offseason, general managers will be glad to have …read more