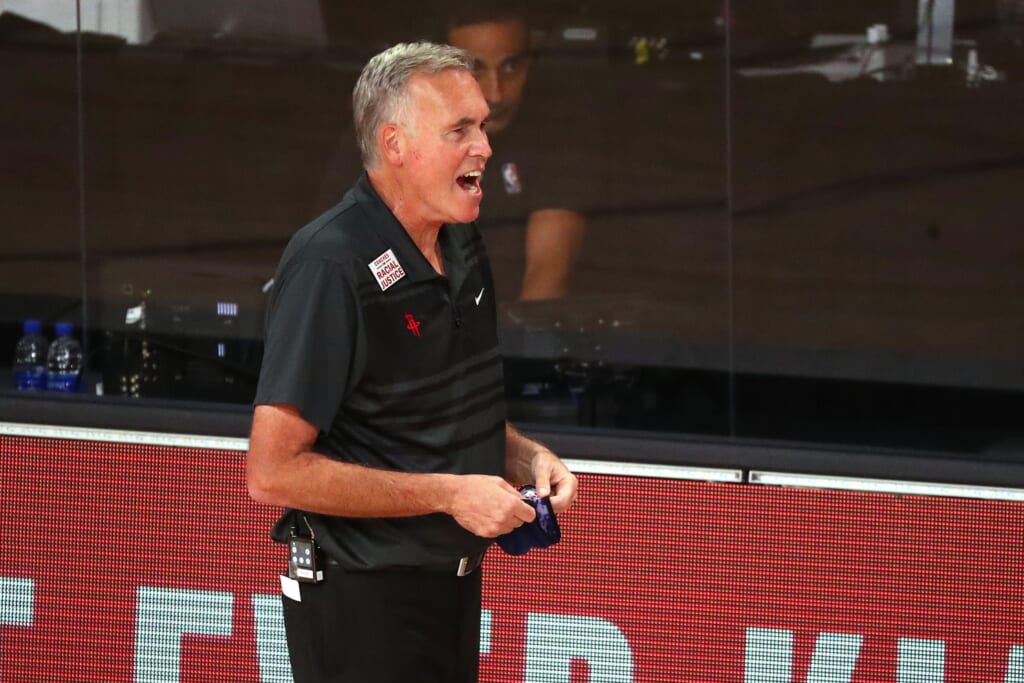 When the Philadelphia 76ers moved on from head coach Brett Brown last month following a disastrous playoff performance, certain candidates were bandied about as a potential replacement.

One of those candidates, now-former Rockets head coach Mike D’Antoni, just didn’t seem to be a great fit.

Despite D’Antoni’s success in Houston, his seven-seconds or less offense doesn’t seem to be great fit in Philadelphia given the core group of Ben Simmons and Joel Embiid. The lack of three-point shooting on the current iteration of these Sixers adds to that.

That’s why the following news is pretty darn surprising.

Mike D’Antoni front runner to be Sixers next head coach

“Sources have confirmed the team will interview the former Houston Rockets coach in the coming days. One source said the interview could come as early Wednesday. However, Sixers sources denied D’Antoni would interview that day,” Keith Pompey of The Philadelphia Inquirer reported. “Asked if he would interview Thursday, sources said the dates of interviews have yet to be determined.”

It’s not a surprise that Philadelphia is going after the big-name on the coaching circuit. General manager Elton Brand seems to be seeking out experienced candidates. D’Antoni, 69, has 17 seasons of head-coaching experience in the NBA.

The one exception here is the success Amar’e Stoudemire enjoyed with D’Antoni as his head coach in Phoenix. Even then, there has to be a concern over the fit with Joel Embiid. That leads me to the overriding point of this column.

Does the Sixers’ interest in Mike D’Antoni suggest a blockbuster trade could be coming?

Reports following Philadelphia’s down 2019-20 season concluded that the team was not going to move on from either Embiid or Ben Simmons. That might now be thrown out the window.
I previously suggested that trading Ben Simmons made more sense than moving on from Embiid. That’s primarily because Simmons could net more in a trade.
If D’Antoni is hired, this would no longer be the case. Moving Embiid for a perimeter piece and other chips would make the most sense.
While Embiid is a better player than Clint Capela, the latter’s struggles under D’Antoni can’t be lost in this. Neither can the isuses we saw with Dwight Howard under the head coach.

One potential trade stands out the most. It’s also been bandied about a lot. Philadelphia sends Embiid to the Golden State Warriors for Andrew Wiggins, their first-round pick in 2020 (No. 2 overall) and a future first-round pick. Wiggins is the type of wing D’Antoni has had success with …read more

Former Utah Ute and Hall of Famer Larry Wilson passes away, remembered as ‘someone who truly lived his faith’