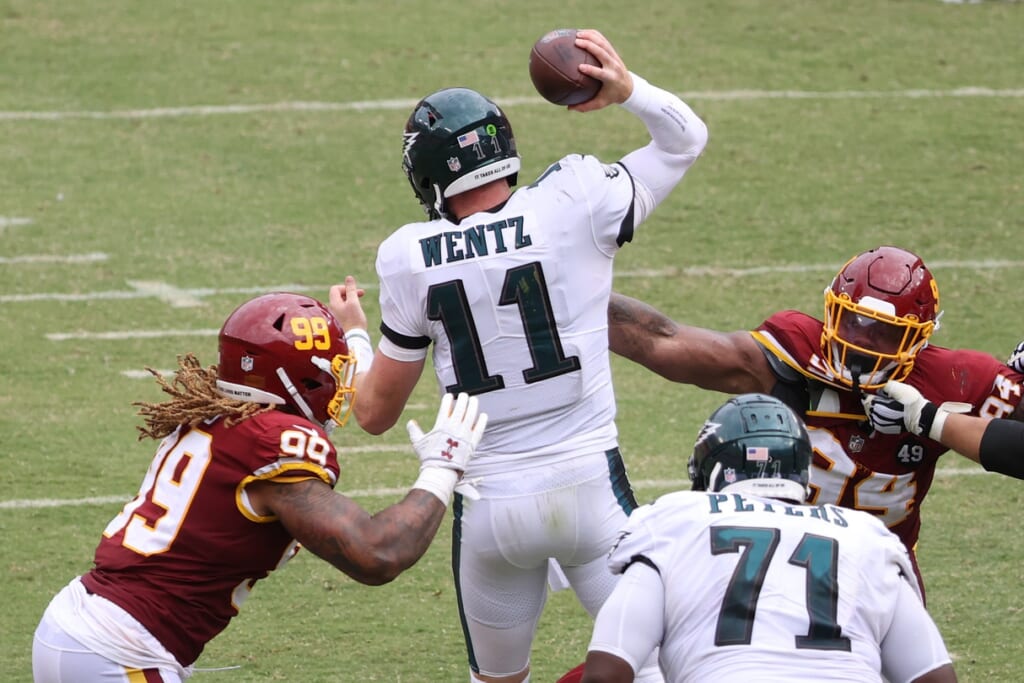 The Baltimore Ravens imposed their will on defense in a 38-6 blowout win over a bad Cleveland Browns team in Week 1.

Previously, we had the San Francisco 49ers with the best defense heading into the 2020 NFL season. After what we saw from Arizona Cardinals quarterback Kyler Murray in the opener, that’s no longer the case.

Meanwhile, the Washington Football Team’s defense jumped into the top-12 following a shocking performance agains the Philadelphia Eagles in Week 1.

Here, we rank the top-16 defenses in the NFL following the initial weekend of action this season.

There were some major issues for Dallas’ defense in Week 1’s loss to the Los Angeles Rams. Primarily, the injury to Leighton Vander Esch and missed tackle issues for Jaylon Smith. Despite this, the Cowboys did enough to remain in the top 16 heading into Week 2. Aldon Smith’s turn-back-the-clock performance added to this.

Winners and losers from Rams Week 1 victory over Cowboys

For three quarters, Green Bay’s defense looked pretty dominant. While it gave up a few big plays, the Vikings were held to 10 points and couldn’t get much going offensively. The Packers then seemed to take their foot off the brake, leading to Minnesota’s 24 fourth-quarter points. Green Bay still can’t stop the run and Adam Thielen burned this secondary. If Aaron Rodgers plays at an MVP-caliber level, all Green Bay’s defense must do is create turnovers.

Philadelphia’s defense didn’t always look sharp against Washington, a team with one of the worst casts of offensive talent in the NFL. However, plenty of blame falls on the Eagles’ offense and an inability to sustain drives. Countless turnovers and three-and-outs meant Philadelphia’s defense spent the second half on the field. We still love this group’s talent, especially when Javon Hargrave returns, so we’ll wait a few more weeks before bailing.

Denver’s defense failed to play to its normal standard during the 2019 season. It was particularly surprising given Vic Fangio is one of the NFL’s brightest defensive minds and this team carries plenty of talent on that side of the ball. We’re expecting a turnaround in 2020. At issue here is the serious ankle injury former Super Bowl MVP Von Miller suffered during training camp. That’s going to have wide-ranging ramifications moving forward.

Excuses can be made that Philadelphia was playing without three starters on the offensive line. It’s true, but that doesn’t take away from the absolute dominance Washington’s defense demonstrated in Week 1. Chase Young was a force in college and already looks like an NFL star, racking up 1.5 sacks in his debut. As a team, Washington recorded eight sacks and an astonishing 15 quarterback hits. This front seven is going to be a delight to watch in 2020.