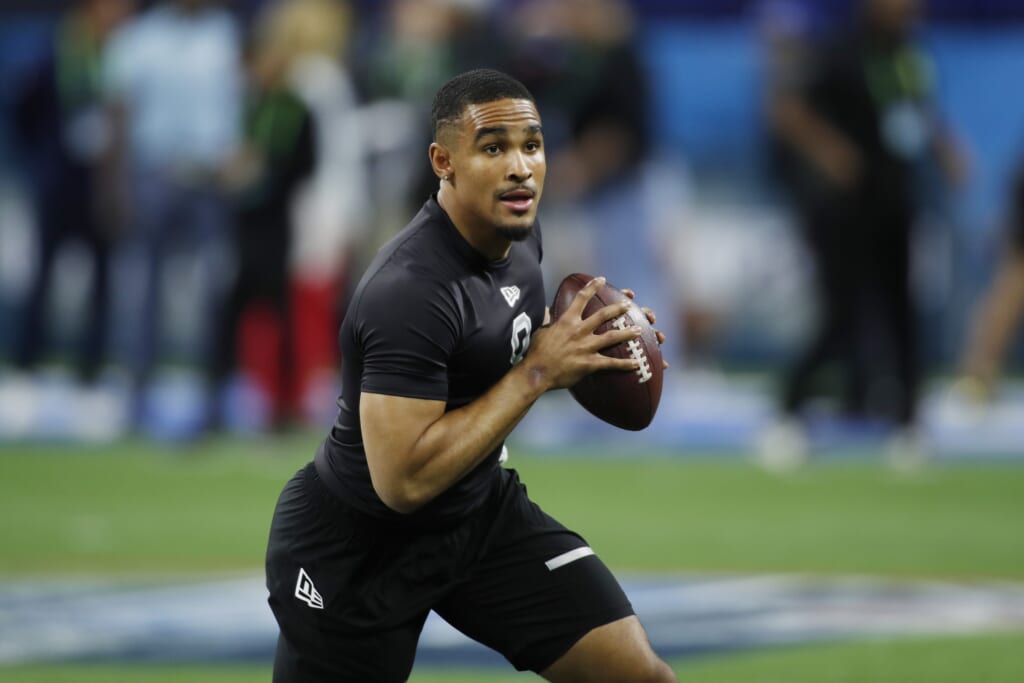 The 2020 NFL Draft is now officially slated to take place in less than a month. We have no idea how the draft is going to look. What we do know is that all 32 teams will get together in some form and conduct the annual event.

Among the most talked about stories leading up to the draft has been the potential landing spots of the best quarterbacks in this year’s class. Joe Burrow will go No. 1 overall to the Cincinnati Bengals. We already know that.

After that, it’s going to be interesting to see where Alabama’s Tua Tagovailoa and Justin Herbert from Oregon land. Jordan Love, Jalen Hurts and even Jacob Eason are three other potential first-round options.

It’s in this that I check in on five teams who could surprisingly select a quarterback within the first 32 picks.

After signing former No. 2 overall selection Marcus Mariota, it seems that the Raiders will avoid quarterback with their two first-round picks. Mariota joins Derek Carr in Las Vegas’ quarterback room. In no way does there seem to be a fit for a No. 3 quarterback, especially in the first round.

That could not be further from the truth. We already know Raiders head coach Jon Gruden can’t have enough quarterbacks. It’s also being reported that the Raiders are high on both Jordan Love and Jalen Hurts. If they could potentially trade back from 12 or 19 and still land one of these signal callers, it would not surprise me in the least.

Let’s be real for a second, shall we? Tom Brady is 42 years old and has regressed significantly in recent seasons. He signed a mere two-year contract. The Buccaneers have no one of substance behind Brady on the depth chart after moving on from Jameis Winston. What is to stop general manager Jason Licht from going quarterback at 14?

Some will say Tampa Bay is in win-now mode. It may have made a promise to Brady that the team will look for an immediate-impact player in the first round. That’s not how the NFL works. Brady will not dictate what the Buccaneers do come April. Let’s say Jordan Love or Justin Herbert is available. If the Bucs have them higher on their draft board than players at need positions, look for them to pull the trigger. Signing Brady does nothing to change this.

Retaining do-everything backup Taysom Hill to play behind the aging Drew Brees seemed to show the Saints’ hand. They fully expect Hill to eventually replace Brees after the latter re-signed on a team-friendly deal. That could still very well be the case. I am just not too sure this is what Sean Payton has on his mind behind the scenes.

Hill, 29, is slated to become an unrestricted free agent after next season. Assuming Brees remains relatively healthy, it would be foolish to re-sign him to a long-term deal. Enter …read more