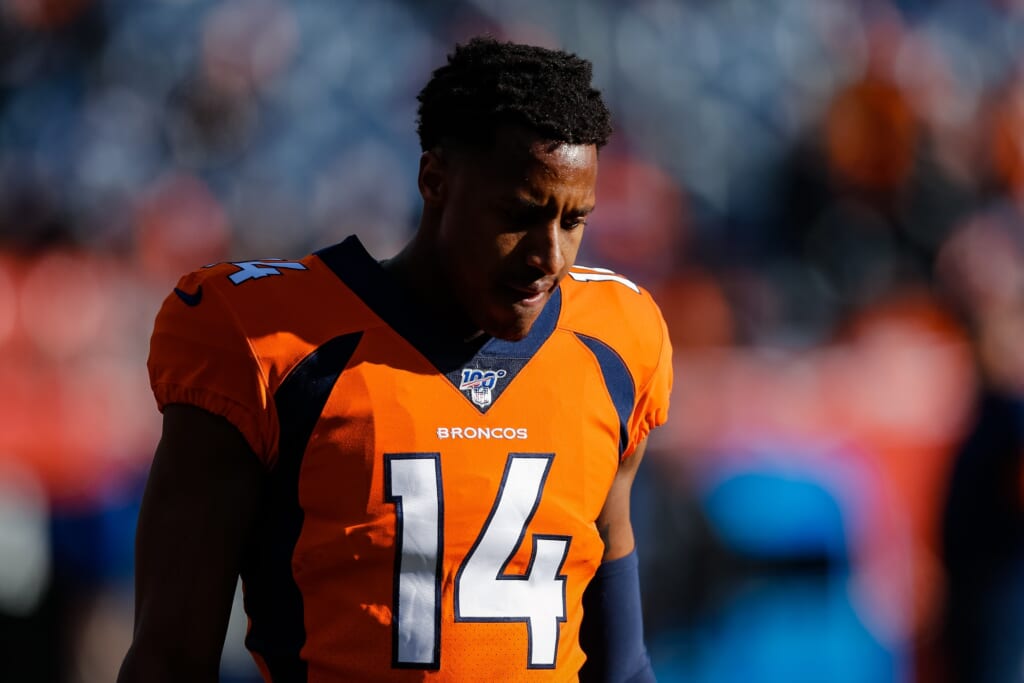 Hours before their season opener against the Tennessee Titans on “Monday Night Football,” the Denver Broncos received some pretty bad news on the injury front.

Broncos’ WR Courtland Sutton, who sprained his AC joint last week in practice, is expected to be inactive tonight vs. Titans. He tried to go and is said to be “really close.”

A Pro Bowl performer for the Broncos as a sophomore last season, Sutton is expected to be second-year quarterback Drew Lock’s top target this season. The former second-round pick recorded 72 receptions for 1,112 yards and six touchdowns in 2019.

The former SMU star was questionable heading into Monday night’s matchup with Tennessee.

“He’s (Sutton) got to pass the most primitive test there is,” Broncos head coach Vic Fangio said over the weekend, via the team’s official website. “That’s what I told him and the trainers. He’s got to be able to do 10 jumping jacks. If he can do 10 jumping jacks, he can play.”

With Sutton out of action, rookie first-round pick Jerry Jeudy should be relied on a bit more in his NFL debut. The former Alabama standout was impressive during training camp and should be more than ready to go in his first professional football game.

Courtland Sutton’s injury is the latest for the Broncos

Rookie wide receiver K.J. Hamler was questionable heading into Monday night’s game with a hamstring injury. Fangio did say that it was unlikely the pass-catcher would be able to go.

Earlier this month, former Super Bowl MVP Von Miller suffered a devastating ankle injury during training camp practice. He’s expected to miss at least a vast majority of the season after undergoing surgery this past Friday.

Denver is clearly on an upward trajectory. It simply can’t afford these type of injuries to continue to impact the team moving forward.