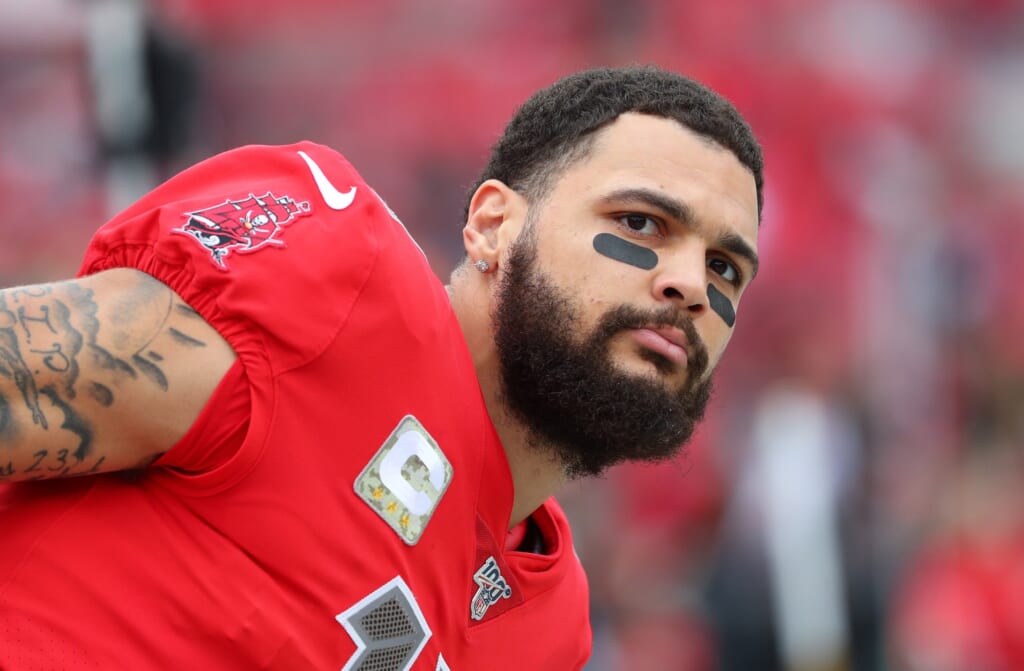 Week 1 of the 2020 NFL season has arrived and there already plenty of big injuries with Miles Sanders, Mike Evans and Courtland Sutton all landing on the injury report.

While the NFL came out of training camp with most of its stars healthy, we’ve seen quite a few players get hurt this week in practice. Unfortunately, for the likes of Evans and Sutton, it puts their availability for their teams and fantasy football players in jeopardy.

Sanders, expected to be the workhorse in Philadelphia’s offense, came into training camp healthy and poised for a big role this season. Sadly, he suffered a hamstring injury in August and the team has been very cautious with the 23-year-old running back.

Game Status Update: DE Derek Barnett and RB Miles Sanders have been ruled out for tomorrow’s game in Washington and will not travel. https://t.co/BEc4RLzr1x

When the Eagles first released their injury report, Sanders was listed as questionable for Week 1 with a chance to play. However, the team announced on Saturday that he will miss Sunday’s game against the Washington Football Team and won’t even travel for the game.

Losing Sanders is an undeniable blow for this offense. He impressed in his rookie season, racking up 818 rushing yards, averaging 4.6 yards per carry and recording 50 receptions for 509 receiving yards. A dangerous all-purpose back, Philadelphia will use a committee backfield.

Boston Scott will slide in as the primary ballcarrier in Week 1, after rushing for 245 yards on 61 carries in 2019. An undersized runner at 5-foot-6, he can make some plays as a runner and receiver. He should see enough touches to be a low-end RB2 in fantasy this week or a bargain play in DFS.

Evans’ 2019 season ended on a 61-yard touchdown that resulted in a hamstring injury. The three-time Pro Bowl receiver came into the summer at 100% and celebrating, in epic fashion, the arrival of Tom Brady.

Unfortunately, just days before a critical season-opening battle against the Saints, Evans injured his hamstring in practice. After being sidelined on Tuesday, Wednesday and Thursday, he was listed doubtful for Sunday’s game. Fortunately, there’s increased optimism he could play.

Interesting development on the Buccaneers’ injury report. The team has upgraded WR Mike Evans (hamstring) from doubtful to questionable.

A limited participation in practice on Friday and the upgrade in his injury status is a promising sign. However, it’s important for fantasy players to prepare themselves for the Buccaneers to exercise caution.

This is an important game, but Tampa Bay can’t risk losing Evans for an extended …read more

Miami Heat Star Jimmy Butler is a Man on Mission