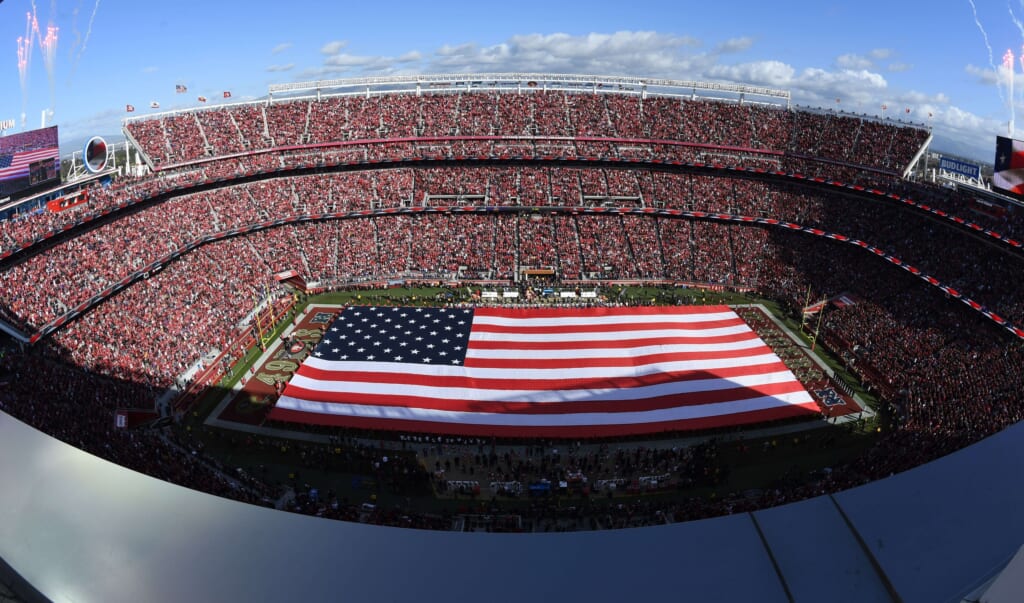 As fires continue to devastate California leaving the state experiencing poor air quality, the NFL remains determined to play its Week 1 games in the state on Sunday.

The San Francisco 49ers are set to host the Arizona Cardinals at Levi’s Stadium, amid devastating fires that have left the city’s air quality at unhealthy levels. Meanwhile, the Los Angeles Rams will host the Dallas Cowboys in SoFi Stadium’s debut.

Will Cardinals-49ers and Cowboys-Rams games be played on Sunday?

On Saturday, the latest air quality conditions in Santa Clara and Inglewood remained at dangerous levels. Despite the conditions, both games seem destined to be played on Sunday.

The 49ers practiced throughout the week in Santa Cara, despite the region having an unhealthy air quality index (177). While the NFL continued to monitor the situation and might have been open to postponing the game, that appears to no longer be a concern. According to Pro Football Talk’s Mike Florio, the NFL intends to play both of its games in California on Sunday.

The Cardinals boarded their plane on Saturday afternoon, heading straight to San Francisco for a key divisional clash against the 49ers. The decision to play the game might have been made even easier since fans won’t be in attendance, reducing the risk for the NFL and 49ers.

We’ve seen the NFL move a game due to wildfires before, back in 2003. The league stepped in, relocating the San Diego Chargers-Miami Dolphins game because Qualcomm Stadium’s parking lot was being used as an evacuation site.

As of Saturday, Inglewood had a 122 AGI with things slightly improving this weekend. The current conditions are considered dangerous for groups with health issues or higher sensitivities to air conditions.

With the Cardinals and 49ers set to play in an open stadium on Sunday afternoon, it’s evident that the Cowboys and Rams will also take the field. SoFi Stadium, which cost an estimated $5 billion to construct, has a closed, translucent roof. Like the 49ers, the Rams won’t have any fans in the stadium early in the season.