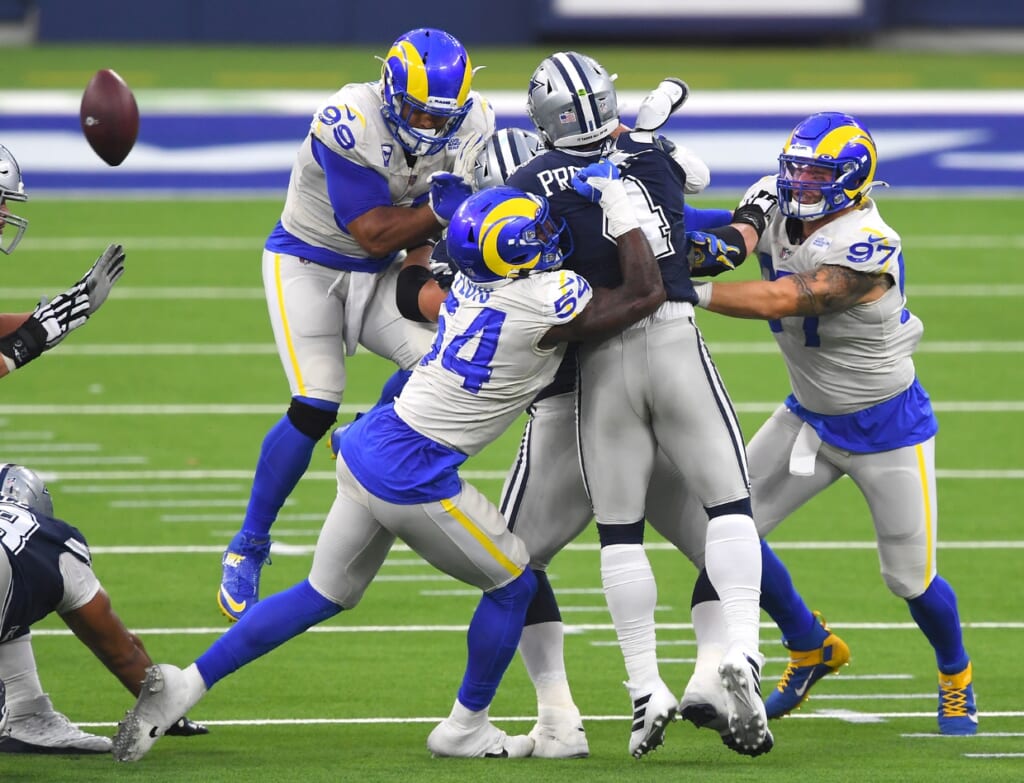 Just days after the NFL Kickoff Game saw a dramatic decrease in television ratings, the Sunday Night Football Clash between the Dallas Cowboys and Los Angeles Rams saw a similar hit to its audience in Week 1.

On a day that saw league-wide player and team protests in Week 1, the NFL’s marquee broadcast suffered a massive ratings hit with two of the league’s most popular teams on the field and no fans in the stands.

After Thursday’s season-opening clash between the Houston Texans and Kansas City Chiefs drew 19.3 million viewers and a 16.1% drop from the opener in 2019, problems continued for the NFL on Sunday.

According to Deadline.com, Sunday night’s clash between the Rams and Cowboys saw only 14.81 million viewers watch the game. While it’s initial data that lacks Nielsen data from the West Coast, the numbers are a steep drop from the 22.2 million viewers Sunday Night Football held in Week 1 of the 2019 season when the New England Patriots faced the Pittsburgh Steelers.

Following years of the NFL softly pushing back on players like Colin Kaepernick kneeling during the national anthem, the NFL changed its stance this offseason. Following the murder of George Floyd by a then-Minneapolis police officer, commissioner Roger Goodell flipped the script on how the league handled player protests and its own response to racial injustice in the United States.

It’s especially problematic for the NFL, given a majority of teams are barring fans from attending games to begin the season due to the COVID-19 pandemic. Facing the reality of losing billions of dollars in stadium revenue, the league would be even more dependent on television this season.

Goodell expressed support of the Black Lives Matter movement this summer, defending the right for players and Americans to protest against police brutality. He also said the NFL got it wrong years ago with Kaepernick and it should have listened to his message.

Across the league, many coaches and players began speaking out more about the Black Lives Matter movement and issues within the country. Among them, Washington Football Team coach Ron Rivera, New Orleans Saints stars Drew Brees and Malcolm Jenkins. More players also vowed to kneel this season during the national anthem to raise awareness for racial inequality.

As the NFL season drew closer, President Donald Trump said he would boycott the NFL if players knelt during the national anthem. However, unlike in previous years, Goodell and the NFL were reportedly preparing to stand up to Trump.