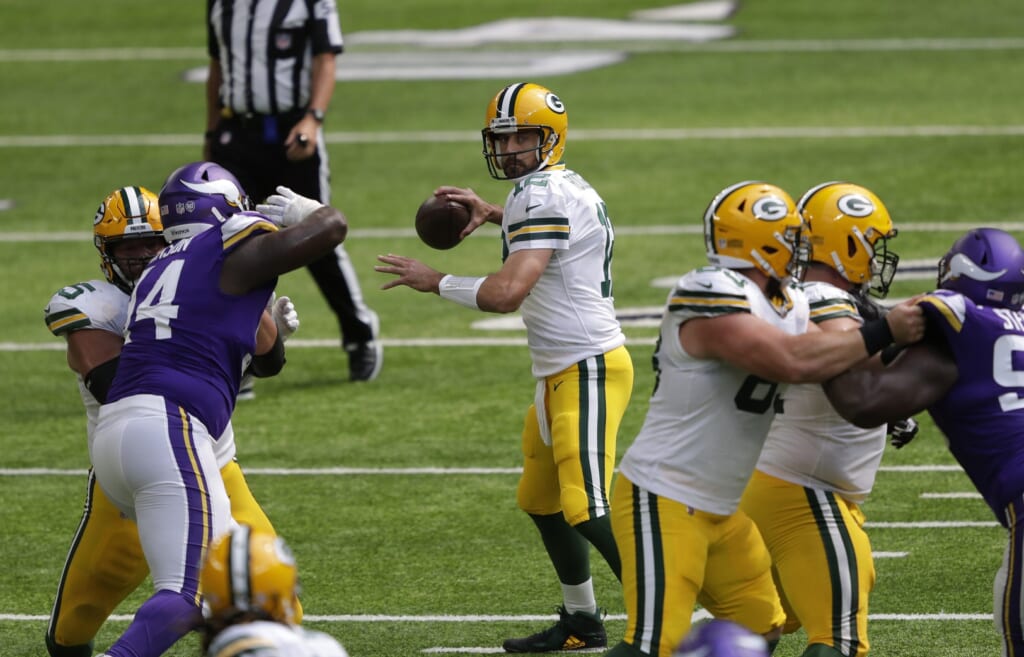 NFL Week 3 is going to boast some of the best games of the entire 2020 season. It concludes with the Baltimore Ravens hosting the Kansas City Chiefs in a potential AFC Championship Game preview.

Meanwhile, over in the NFC, the New Orleans Saints will host Aaron Rodgers and the Green Bay Packers in another potential playoff preview.

Here’s a look at the NFL Week 3 schedule with game-by-game predictions.

This all-Florida matchup will consist of young stud Gardner Minshew going up against grizzled veteran Ryan Fitzpatrick, the latter of whom might be on his last legs as a starter in South Beach. Fitzpatrick was not good in the Dolphins’ Week 1 loss to the New England Patriots.

That’s the major backstory heading into this “Thursday Night Football” tilt. Will Miami decide it’s time to give a certain first-round pick an opportunity under center?

As for the Jaguars, Minshew is coming off a brilliant 19-of-20 passing performance in an upset win over the Indianapolis Colts to open the season. He’ll have his hands full against a good Fins’ defense. With that said, expect Jacksonville to continue its surprising start to the season.

Jon Gruden and Co. put up a heck of a Week 1 performance in a 34-30 win over the Carolina Panthers. Running back Josh Jacobs looks like a true star. Meanwhile, Derek Carr seems to be a vastly improved quarterback in his third season under Gruden.

U.S. Open nearly moved to Los Angeles in December due to COVID-19

As for the Patriots, it does not seem like they missed a beat replacing Tom Brady with fellow former MVP Cam Newton. He excelled in a Week 1 win over the Miami Dolphins. The difference here will be New England’s defense. The Raiders have not faced a unit this good and will struggle to score.

Fresh off extending Tre’Davious White, the Bills’ defense is a top-three unit by our calculations. Head coach Sean McDermott has done a hell of a job rebranding this team on the fly, as evidenced by Buffalo’s surprising playoff appearance last season. It doesn’t hurt that Josh Allen has turned into a complete quarterback under center.

Despite their season-opening win over Dallas, there’s some issues for these Rams on both sides of the ball. Where are they going to get a pass rush behind Aaron Donald? Does Jared Goff have enough help at the skill positions? These questions will lead to a Week 3 loss in Western New York.