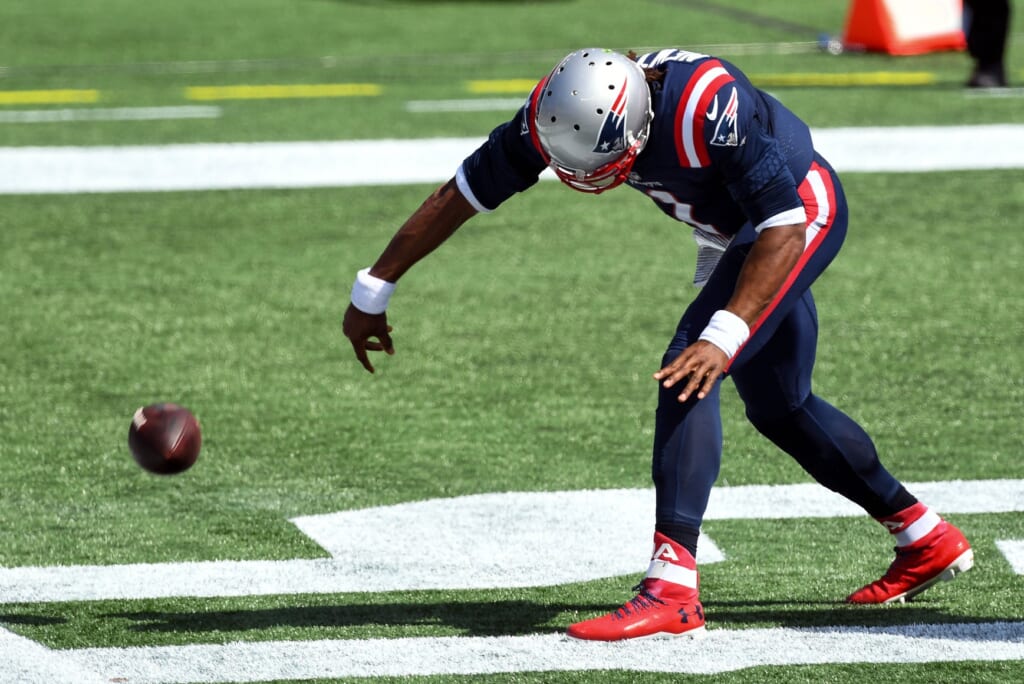 NFL teams are going to regret letting the New England Patriots sign Cam Newton this offseason. In his Patriots’ debut on Sunday, Newton is showing why fans love him and Bill Belichick landed the steal of free agency.

Even before Newton stepped onto the field in Week 1, it was obvious Newton was going to do something special on Sunday. When a team’s starting quarterback and captain boasts the confidence to rock this look on game day, you know great things are going to happen.

While plenty of teams questioned Newton’s health this offseason, the Patriots made it clear he was 100% when they signed him. If there was anyone left questioning the star quarterback’s durability and mobility, he quickly proved the doubters wrong against the Miami Dolphins.

Newton strolled into the end zone for his first Patriots’ touchdown in the second quarter. Of course, he made sure to celebrate the moment by paying tribute to Chadwick Boseman.

After rolling out to an early lead, Newton kept torching Miami’s defense with his legs and picked his spots through the air. When Newton crossed the goal line for his second rushing touchdown of the day, the NFL world lit up with celebration to the star quarterback returning to form.

Inject it into my veins, Doug https://t.co/4EGLuKHhSb

I’m so happy for Cam pic.twitter.com/MWHRsOG6uV

Me wanting the Patriots to suck but also wanting Cam Newton to succeed: pic.twitter.com/mOtxvqQNEa

Cam Newton.. the guy who was unemployed for 86 nights.. and signed for basically NO MONEY.. just scored another touchdown for that team that everybody hates