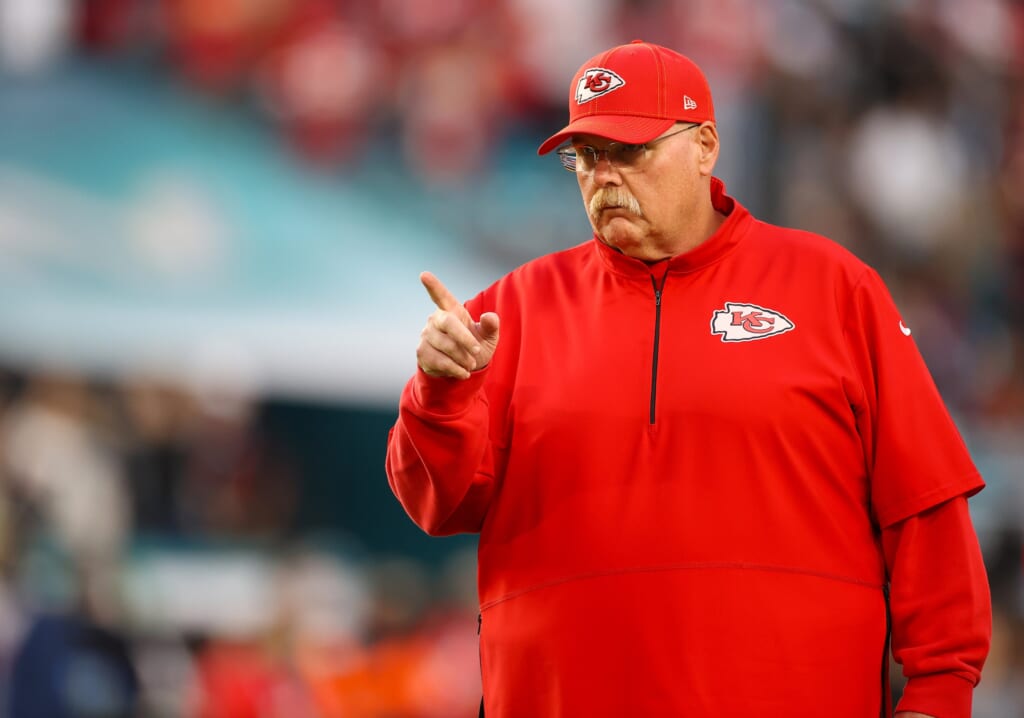 After players took part in a demonstration before the game, Reid unveiled his new look to keep himself safe during the COVID-19 pandemic. A cloth face mask clearly wasn’t enough for the future Hall of Famer, he had to take things to the next level.

Andy Reid with the full visor over his face for tonight’s game. pic.twitter.com/yEzJSqsARD

It didn’t take long before Reid’s face shield started to fog up as he called in plays to the NFL’s most electrifying offense. As the fog built up on the face mask, the NFL world had some fun trolling Reid for his now unforgettable look.

Andy Reid watching his players from the sideline like: pic.twitter.com/aHjtvoJDsy

How Andy Reid is seeing this game with that mask on pic.twitter.com/mRj4uM8MrQ