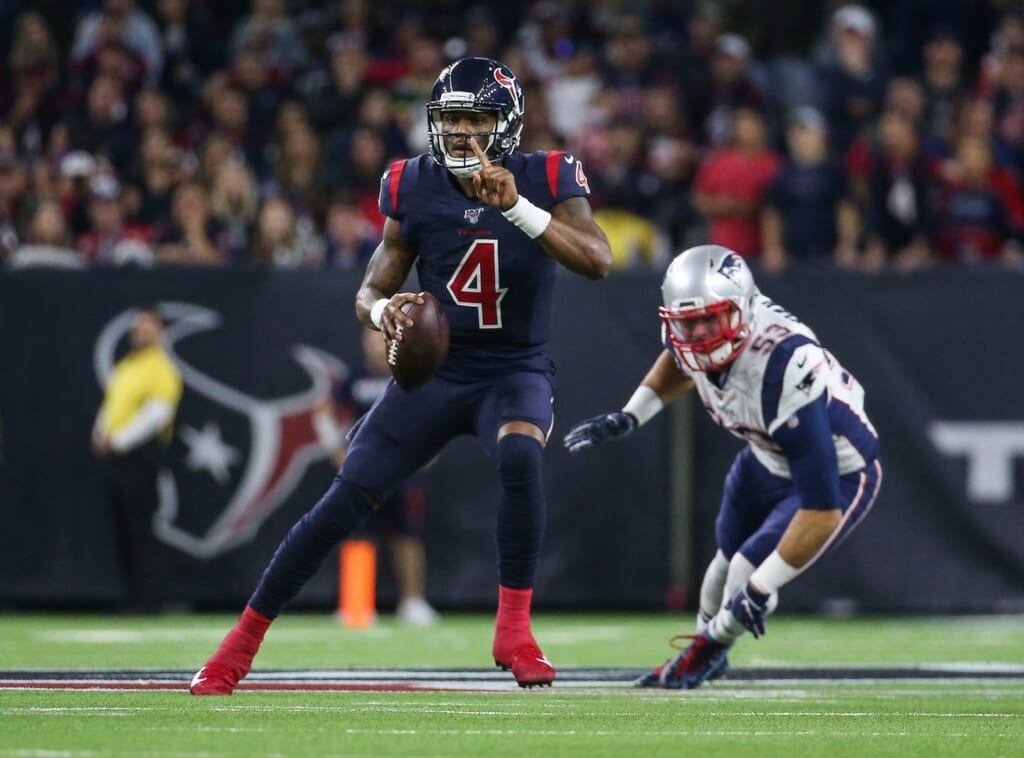 The New England Patriots are searching for a franchise quarterback for the first time in two decades. As the organization prepares for its future at the position, Bill Belichick could potentially pull off a surprise and pursue Houston Texans star Deshaun Watson.

Bleacher Report’s Mike Freeman said on Wednesday that it wouldn’t be a surprise if the Patriots made a huge move to acquire a quarterback like Watson.

While the fan base recently clamored for the Patriots to sign Cam Newton, Watson is favored to be New England’s starting quarterback in 2021. The 24-year-old star quarterback is entering the fourth year of his rookie contract and while the Texans hold a fifth-year option for the 2021 season.

Watson seemed to hint at some issues with the Texans’ organization. The star’s tweet came just days after head coach and general manager Bill O’Brien was mocked by the NFL world for practically giving DeAndre Hopkins away to the Arizona Cardinals.

Houston’s franchise quarterback had a close relationship with Hopkins and the friends quickly became the NFL’s best quarterback-receiver duo. Now with the All-Pro receiver gone and the Texans lacking sufficient talent at receiver and along the offensive line, the situation in Houston seems to be deteriorating.

Belichick has seen what Watson is capable of, even while playing in poor circumstances. Watson lit up New England’s defense for four total touchdowns in an incredible performance on Sunday Night Football. The Patriots are projected to have 13 draft picks and more than $100 million in cap space next offseason, the type of assets that can land an elite quarterback and sign him to a massive extension.

Watson is coming off another outstanding season with the Texans. He carried the team into the NFL Playoffs and earned his second Pro Bowl selection. After throwing for 3,852 yards with 34 total touchdowns during the regular season, he came up clutch in the AFC Wildcard Game to deliver a win.

At a time when some in the NFL view the Texans’ organization very poorly, Watson will need to eventually decide on his future. If he’s unwilling to negotiate a long-term extension with the Texans and causes problems for O’Brien, it might be enough to get him out of Houston.

What impact could postponing the Tokyo Olympics have on the NBA, Team USA and Donovan Mitchell, Rudy Gobert and Joe Ingles?