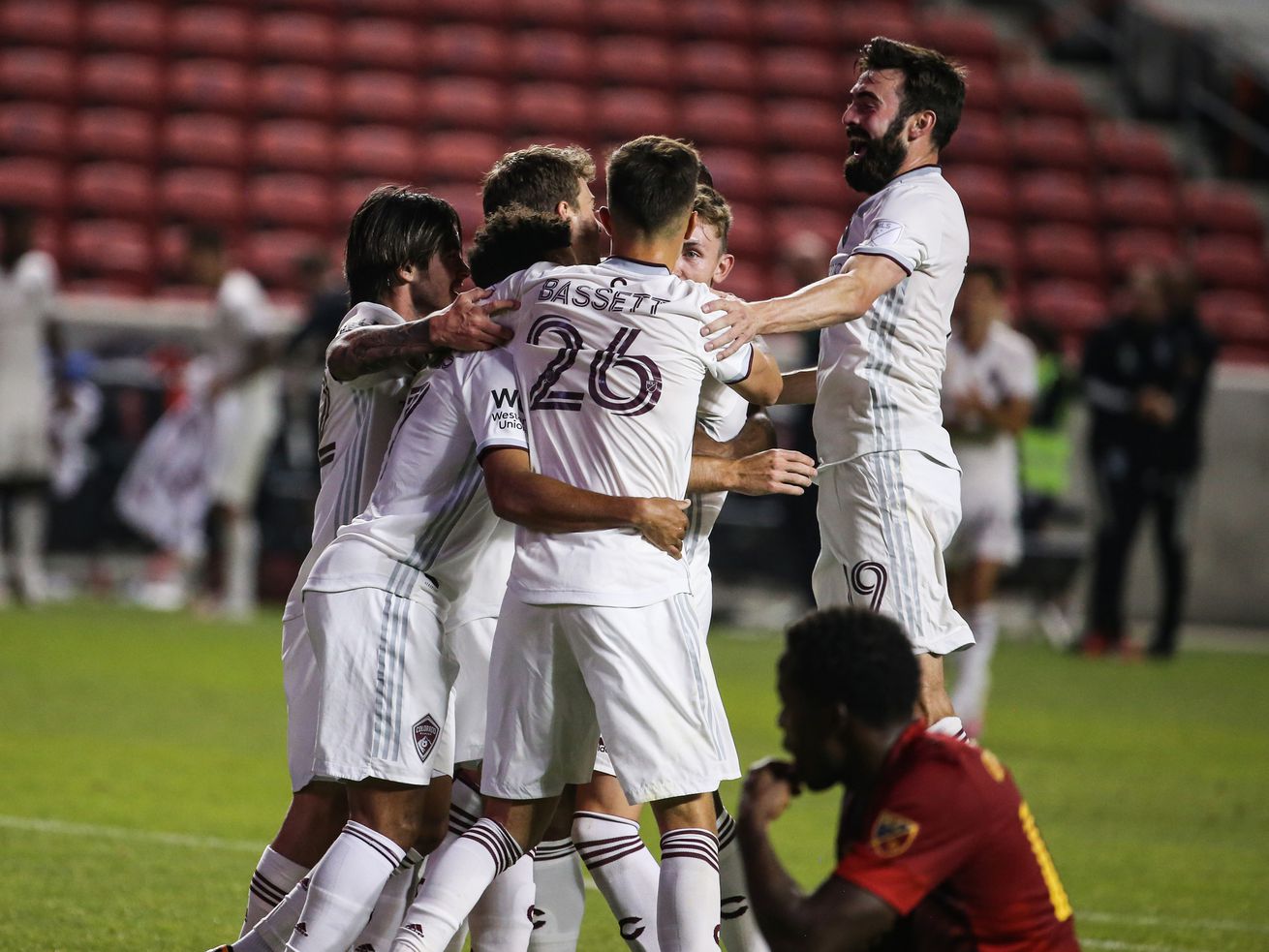 SANDY — Perhaps it was unrealistic to expect Real Salt Lake to beat Colorado every game this season.

After prevailing against Colorado in both earlier meetings — including a win in Colorado just a few weeks ago — RSL got off on the wrong foot early on Saturday in its bid for the clean sweep of its Rocky Mountain Cup rivals.

Diego Rubio scored in the third minute and then again in the 10th minute, early goals that Colorado rode to the 5-0 win in front of 4,484 fans at Rio Tinto Stadium.

It was the worst home loss in franchise history, as RSL squandered a chance to vault as high as second place in the Western Conference standings with a win. Instead, it remains stuck in the middle of a congested conference in which six teams sit on 14 and 13 points.

“We have to keep going, be positive, it’s just one game. It’s not nice to lose 5-0, but right now it is what it is, we have to accept this and move forward,” said Damir Kreilach, who also apologized to fans for the performance.

In addition, Colorado won back the Rocky Mountain Cup with Saturday’s result. Only home games counted toward this year’s competition, and despite losing 4-1 at home three weeks ago Colorado found a way to win the season series 6-4 on aggregate to claim the Cup for the first time since 2015.

Whether it was fatigue or not with coach Freddy Juarez making just one change to the starting line-up he used in Wednesday’s win against Los Angeles FC, RSL was sluggish from the outset.

“We believe they should’ve been ready, I think it was more mental than anything else — and a team that also came not scared of anything and playing well by the way. I know they weren’t winning games but they had three ties in a row, playing good soccer,” said Juarez.

Colorado’s dream start began with a corner kick. Andrew Putna tried punching the ball away, but he only got a fingertip on it as he misjudged the flight of the ball. It ricocheted off a couple players at the back post and Rubio was in perfect position to poach the third minute goal and the early 1-0 lead.

It wasn’t the fastest goal RSL has conceded this season though. That came against Kansas City in the MLS is Back Tournament in Orlando when Johnny Russell scored in the first minute.

Just like in Orlando, RSL didn’t recover from this early deficit.

In the 10th minute Rubio struck again, this time on a great bit of individual skill. He won the ball in the air against RSL defender Justen Glad, created space away from Glad and then cracked a shot from distance just inside the far post for the 2-0 lead.

RSL had a …read more