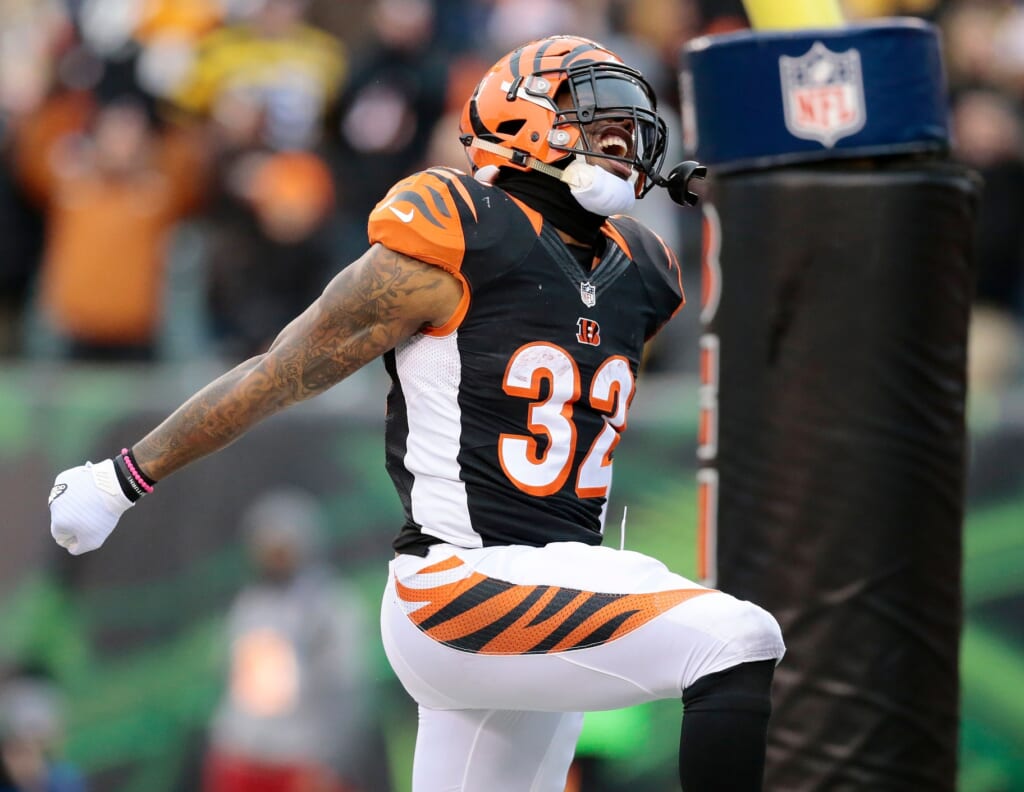 The Las Vegas Raiders are reportedly set to sign free agent running back Jeremy Hill, who didn’t play at all during the 2019 season.

Ian Rapoport of NFL Media reported that the Raiders hosted Hill on Friday and plan to sign him to a contract. He’ll first have to pass a physical and COVID-19 test before anything is official.

The last time Hill played a down of NFL football was in Week 1 of the 2018 season. He tore his ACL in the third quarter of that game playing for the New England Patriots and was placed on injured reserve.

During the 2017 season as a member of the Cincinnati Bengals, Hill also ended up on injured reserve. He suffered an ankle injury and had his season cut short in November of that year.

Before his injuries piled up, Hill, a former second-round pick out of LSU in 2014, was a productive power back. During his first three seasons in the NFL, Hill piled up 3,225 yards and 30 touchdowns from scrimmage.

The Raiders already have a dynamic duo at running back with Josh Jacobs and scat back Jalen Richard. However, if Hill can stay healthy this summer, he has a chance to make an impact for Las Vegas in 2020.

SHARES
ShareTweet
Kristaps Porzingis is Back to All-Star Form