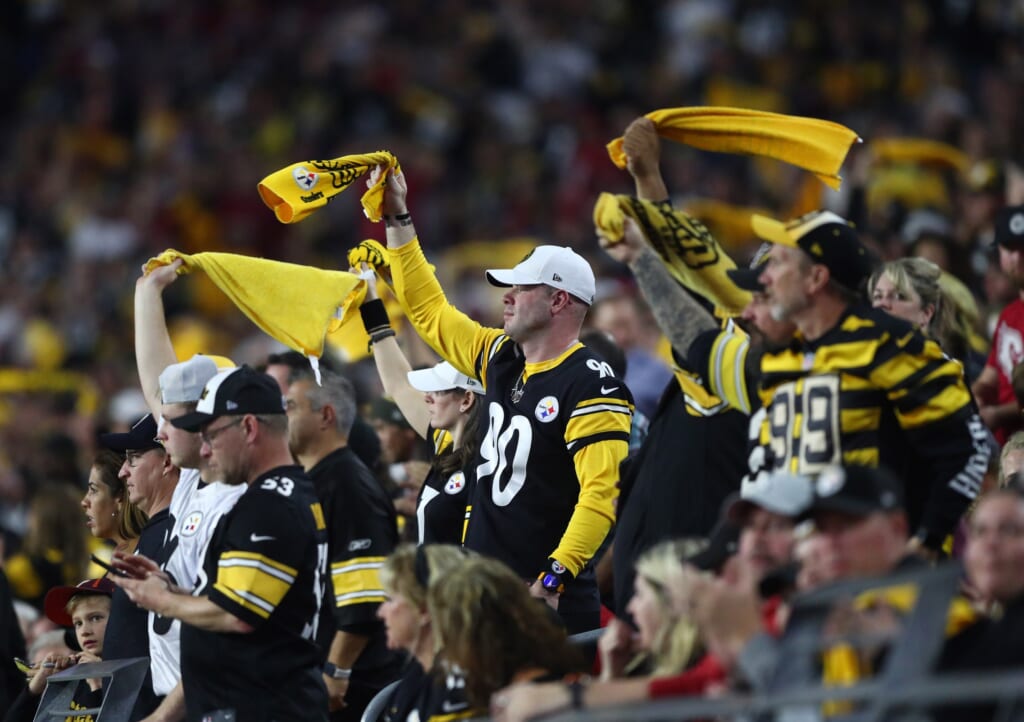 As multiple states report record-high cases of the coronavirus on a daily basis, many players and teams are concerned about starting the regular season in September. While the NFL remains confident about games being played, it might now come at a substantial cost.

Will fans be allowed at NFL games this season?

The NFL, along with some of its clubs, has largely remained confident that fans could attend games this season. However, with states like Florida, Texas and Arizona reporting daily record-high COVID-19 cases and other states experiencing outbreaks, things look less promising.

It is already expected that NFL fans won’t be permitted to attend team training camps this summer. After seeing the COVID-19 pandemic only get worse in recent weeks, it seems the NFL is starting to sense a new reality settling in.

“I was told the league is still highly optimistic that games will be played,” Mike Florio said, via The Rich Eisen Show. “There’s less optimism that fans will be in the stands than there was in early May.”

If fans aren’t allowed to NFL games this season, the fallout would be significant for the league. While teams could use the space for local advertising and television deals would help account for a majority of the revenue, there would still be a massive economic fallout.

How much will the NFL lose if games played in empty stadiums?

NFL teams have already been watching their spending this summer due to fears of a looming revenue hit. However, even those early cost savings have likely been dependent on projections where stadium revenue is only slightly impacted.

If fans aren’t allowed in the stadium for the entire 2020 season, the NFL will lose billions. It will be especially painful for some of the league’s most prominent teams, such as the Dallas Cowboys, New England Patriots and New York Giants.

Losing out on billions of dollars in revenue would deliver a massive blow to the 2021 salary cap, which could be even lower than expected next season. For a league that has enjoyed record-setting revenue each year, the COVID-19 pandemic could deliver a financial blow that might impact the NFL for years to come.

Here’s what you need to know as pro league sports return to U.S. on Saturday in Utah with NWSL Challenge Cup