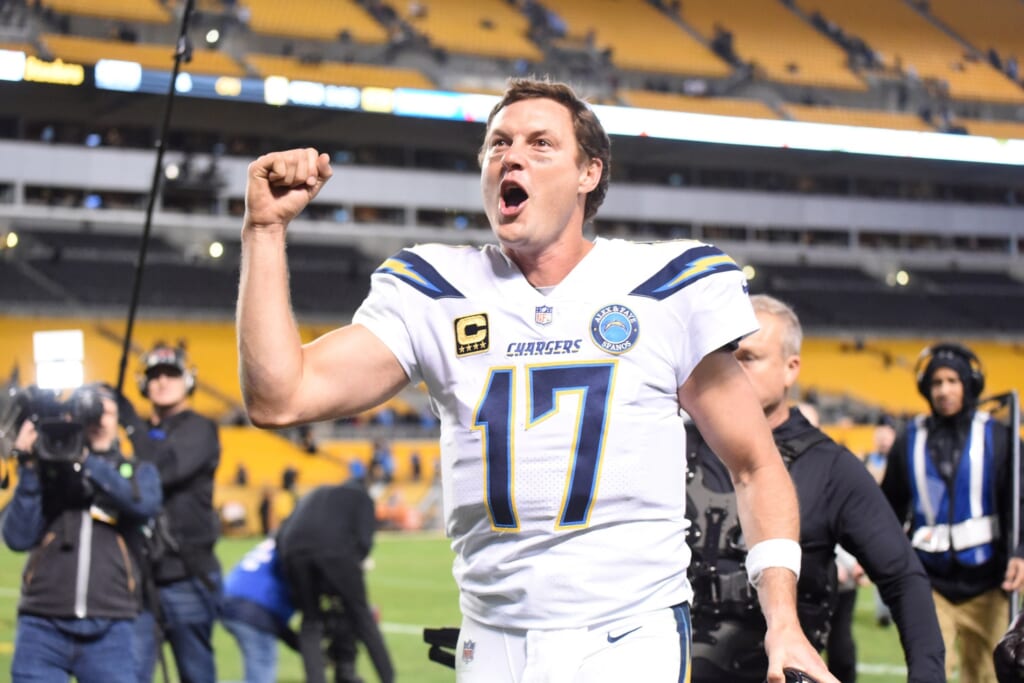 Philip Rivers is hitting the open market for the first time in his career after mutually agreeing to part ways with the Los Angeles Chargers, and according to Mike Freeman of Bleacher Report, he’s receiving a ton of interest.

Freeman wrote that “it won’t take long” for Rivers to find a new job, noted there is “a lot of interest” of interest in his services as teams look for a bridge.

“Teams are looking at Rivers as a short-term rental, maybe one or two years, and a possible bridge to a rookie draft pick or younger player,” Freeman shared in his weekly column.

Though recency bias has many down on Rivers, who turned the ball over 23 times last year, there’s no doubt he can provide an offensive spark to teams that need one. One of the most experienced and accomplished passers the NFL has to offer, Rivers can still sling it with the best of them on his good days.

Last season, he finished with 4,615 yards (fourth in the NFL) with 23 touchdowns and 20 interceptions.

As for where he might land, there’s one team that seems to be leading the charge to land the soon-to-be free agent quarterback, and it seems like a perfect fit. But in an offseason that could see so much movement at this position around the league, anything’s possible.

Sixers blasted after blowout loss to the lowly Cavaliers