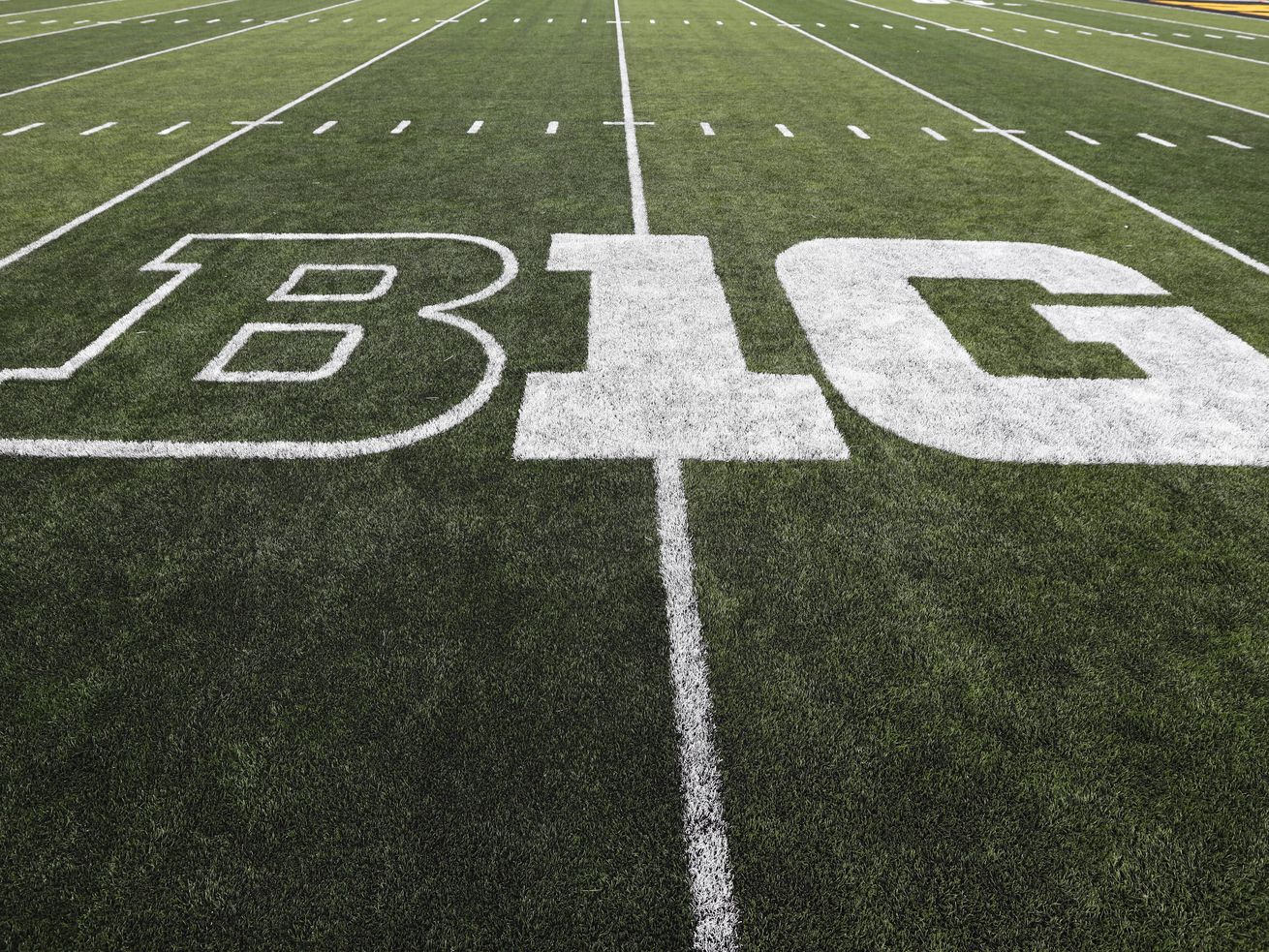 FILE: In this Aug. 31, 2019, file photo, the Big Ten logo is displayed on the field before an NCAA college football game between Iowa and Miami of Ohio in Iowa City, Iowa. | Charlie Neibergall, Associated Press

SALT LAKE CITY — The Big Ten is reversing course and football will be back next month for the league, according to multiple national reports early Wednesday morning.

The Milwaukee Journal Sentinel first reported that the conference has approved a proposal to start its 2020 college football season in October, and each Big Ten team will play eight games during a nine-week window, with a league championship game tentatively set for Dec. 19. That’s one day before the final College Football Playoff rankings are set to release.

The start date for the Big Ten’s resumption is unclear — multiple news outlets reported the league will make the announcement Wednesday. The Milwaukee Journal Sentinel reported the latest proposal submitted to the conference’s council of presidents and chancellors included an Oct. 17 start date, while Yahoo! Sports’ Pete Thamel reported the Big Ten is expected to kick off its season the weekend of Oct. 24.

The Big Ten announced on Aug. 11 it would postpone all fall sports, including football, for its league members. The next day, the Pac-12 did as well.

This would leave the Pac-12 as the only Power Five conference not playing football this fall, along with two Group of Five conferences — the Mountain West and the Mid-American. On Monday, ESPN’s Heather Dinich reported that the Pac-12’s “most aggressive” plan to return to play would target a mid-to-late November start.

On Sept. 3, the Pac-12 announced it had partnered with Quidel Corporation, a diagnostics company with rapid COVID-19 testing that can produce results in 15 minutes.

“This is a major step toward the safe resumption of Pac-12 sport competitions,” conference commissioner Larry Scott said in a released statement at the time. The Pac-12 announced Aug. 12 it would postpone all league sports competition through the end of the 2020 calendar year.