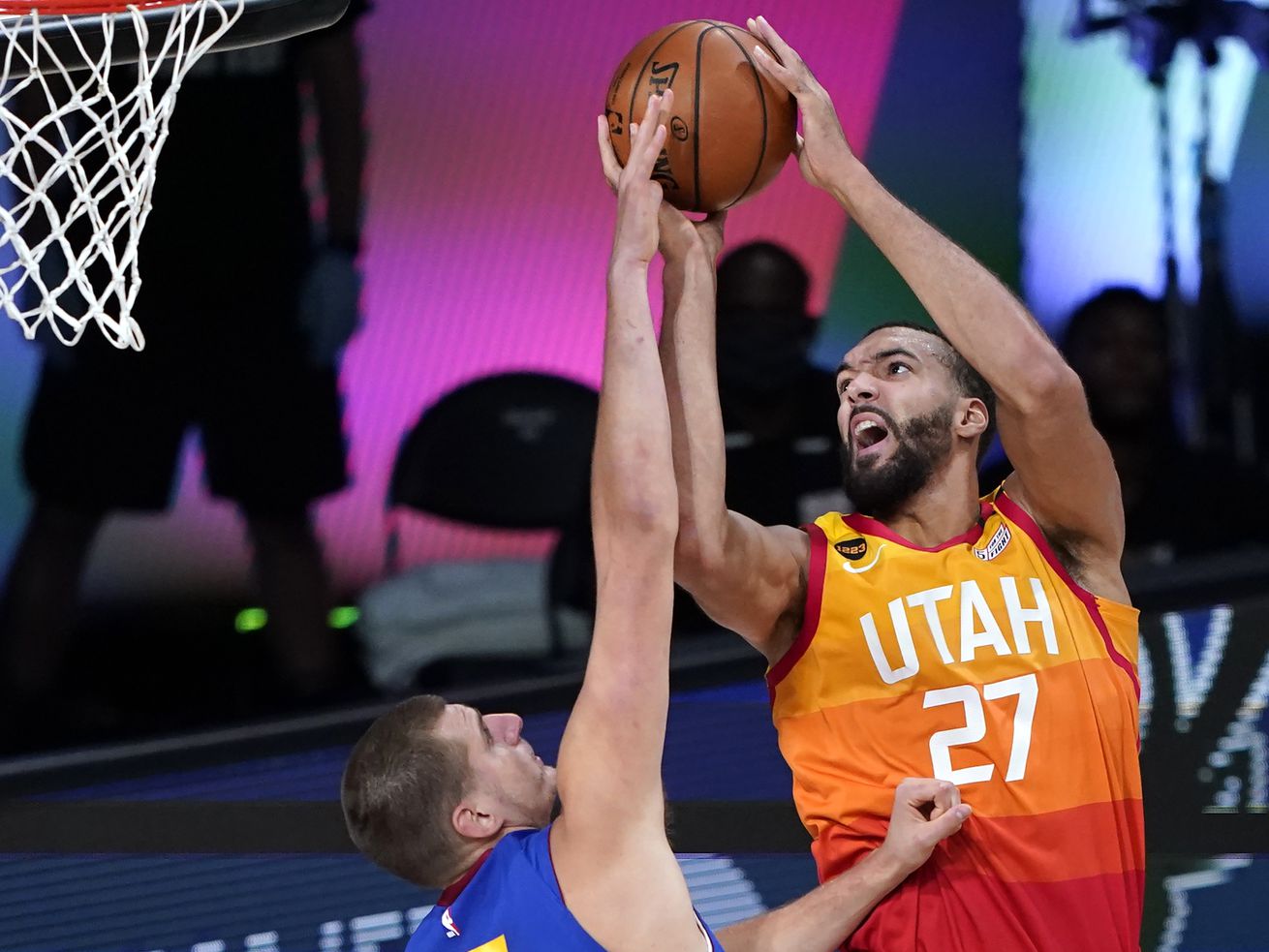 Utah Jazz’s Rudy Gobert (27) goes up for a shot as Denver Nuggets’ Nikola Jokic defends during the first half of an NBA basketball first round playoff game Sunday, Aug. 30, 2020, in Lake Buena Vista, Fla. Gobert was named to the All-NBA third team on Wednesday. | Ashley Landis, Associated Press

Gobert garnered third team honors and Lillard second team recognition. Gobert’s accolade comes a little over a week after he was named to the NBA All-Defensive first team for the fourth time in his career.

It is the third time the Frenchman has received All-NBA honors (twice now to the third team and once to the second team).

In his seventh year in the NBA, Gobert was named an All-Star for the first time and went on to average 15.1 points, 13.5 rebounds, two blocks and 1.5 assists in 34.5 minutes per game.

Gobert faces a big offseason this summer, as he is eligible for a “supermax” contract extension. Jazz executive vice president of basketball operations Dennis Lindsey indicated earlier this month that the team was interested in signing Gobert to an extension, although it’s not known if he will be offered the supermax, which would be 35% of the team’s salary cap.

For Lillard, it marks the fifth time he has received All-NBA honors and the third second team recognition (one first team and one third team). This season, he averaged exactly 30 points per game to go with exactly eight assists, 4.3 rebounds and 1.1 steals per contest.

Dallas Cowboys expect to have 20,000 fans in attendance for home opener