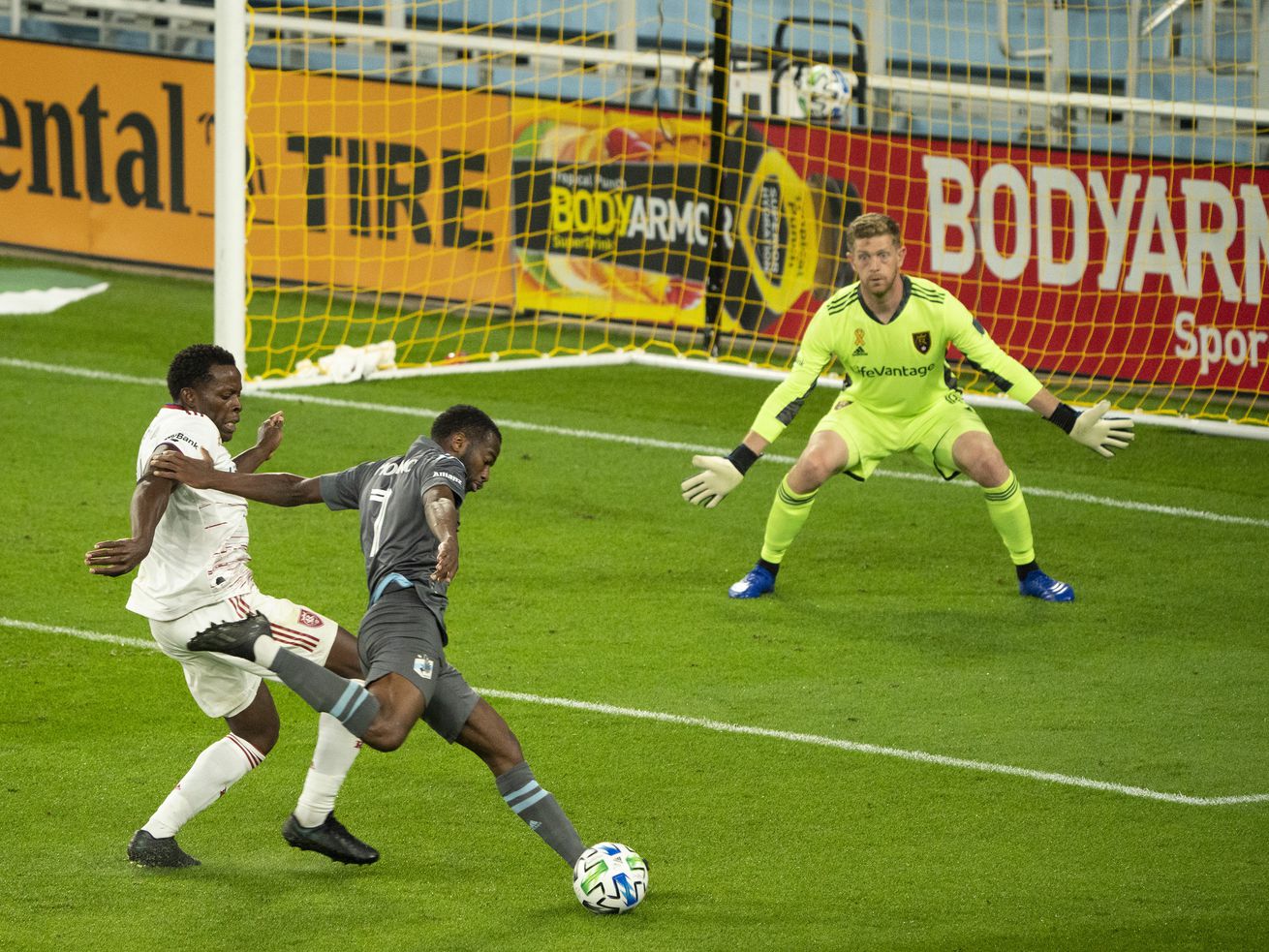 Minnesota scored all four goals in the second half, which came after RSL had a pretty clear goal not allowed in the first half

SALT LAKE CITY — Real Salt Lake’s depth was tested in Minnesota on Sunday night, and though it was good for a half, everything unraveled in the second 45 minutes.

RSL’s makeshift lineup wasn’t sharp enough defensively in the second half and Minnesota pounced on multiple occasions, rolling to a 4-0 victory to snap a three-game losing streak.

Real Salt Lake remains winless in four trips to Minnesota since the latter joined MLS as its three-game unbeaten streak came to a close.

“We didn’t have it today, but there’s still every belief we’ll have it for the rest of the games coming up,” said RSL defender Nedum Onuoha.

With the loss, Real Salt Lake remains on 11 points in the Western Conference standings and will certainly need to take advantage of home games this week against Los Angeles FC and Colorado to try to climb into a more advantageous playoff position.

Minnesota did most of its damage during a 22-minute stretch in the second half, with Chase Gasper, Robin Lod and Jacori Hayes scoring goals spanning the 53rd and 75th minutes. Gasper tacked on another in the 90th minute.

Amid a stretch of five games in 14 days, RSL coach Freddy Juarez picked Sunday’s game to rest his regulars by making 10 changes to the lineup that earned a draw last Wednesday against Seattle. Only Justen Glad got a second straight starting nod, this time at right back.

Those fresh faces also played in a diamond midfield, a formation RSL hasn’t utilized in years.

“I really felt deep in my heart that formation would allow us to get the best out of the qualities of the players we were putting out there tonight,” Juarez said.

RSL’s coach acknowledged it was a gamble making so many personnel changes and a formation change as well, but he said they were necessary for the long haul.

Even though Minnesota’s combination play exposed RSL too easily in the second half, Juarez’s team will certainly wonder what might have been.

In the 11th minute, Giuseppe Rossi took a long-range shot that Minnesota rookie goalkeeper Dayne St. Clair misplayed, with the ball slipping through his hands and straight toward goal. St. Clair retreated quickly to grab the ball, but replays seemed to clearly to show the ball crossed the goal line before St. Clair grabbed it.

The replay that showed St. Clair standing in the goal holding the ball, however, it was not a replay that VAR apparently had access to. That’s what Juarez was told after the game, anyway, which only added to his team’s frustration.

“Whether you’re an RSL …read more

Miami Heat Star Jimmy Butler is a Man on Mission

It’s time for the Houston Rockets to trade James Harden