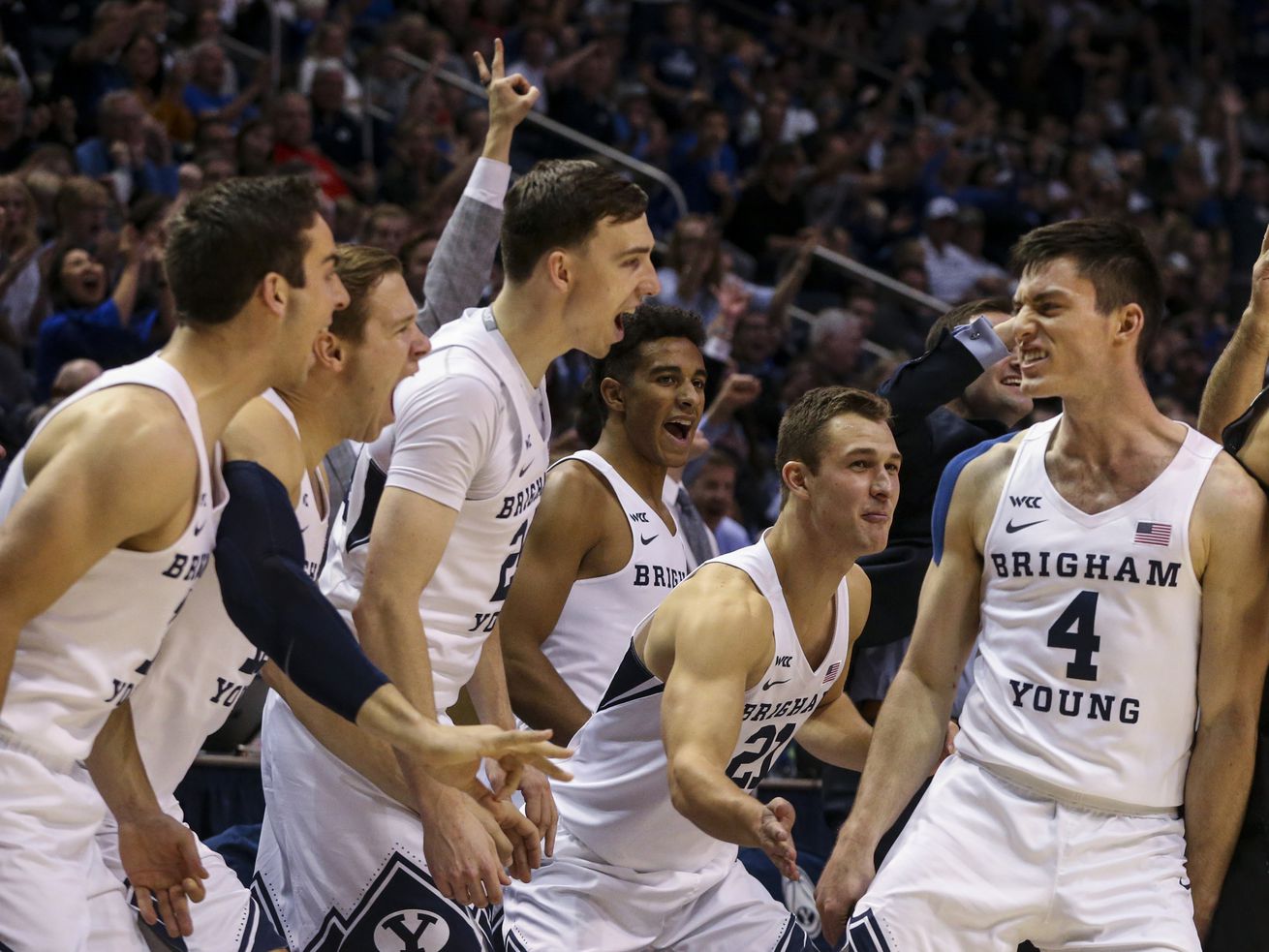 Brigham Young Cougars guard Alex Barcello (4) celebrates with the bench after sinking three during the second half of an NCAA basketball game at Marriott Center in Provo on Saturday, Nov. 9, 2019. | Colter Peterson, Deseret News

LOS ANGELES — Not that he necessarily was trying to, but BYU guard Alex Barcello gave his girlfriend a nice, early Valentine’s Day gift Thursday night.

Barcello tied a career-high with 18 points, including 6 of 8 from 3-point range, as part of a night that saw the Cougars break a school record by knocking down 18 3-pointers in a 77-54 victory, breaking Loyola Marymount’s heart on the night before Valentine’s Day.

Barcello’s girlfriend, Zoe Simpson, who’s from Arizona, was in attendance at Gersten Pavilion. Asked if his stellar performance had something to do with her, Barcello smiled.

During an 11-minute stretch in the second half that saw BYU pull away from LMU, which included a decisive 26-6 run, Barcello drilled four 3-pointers.

“I’m so proud of him. He works so hard. That’s the danger of this team,” said TJ Haws, who scored 17 points on 4 of 8 shooting from 3-point territory. “Anybody can make six 3s on any night. He shot the ball extremely well. It’s a great night for him.”

The Cougars buried 12 3-pointers in the second half and six different players made at least one 3-pointer on the night.

BYU missed its first five 3-pointers of the game, and seven of its first eight attempts, but nothing can deter this team from hoisting open 3s.

“You stay confident. Coach always says to own your shot,” Haws said. “We kept taking good shots and finding the open guy. We have confidence that those shots are going to fall.”

Twice this season, BYU, which leads the nation in 3-point shooting, had tied the school record with 17 3s, against Virginia Tech and Pepperdine.

“These guys have been knocking on …read more

While Rudy Gobert’s living out his dad’s dream, are referees helping the Utah Jazz live out theirs?