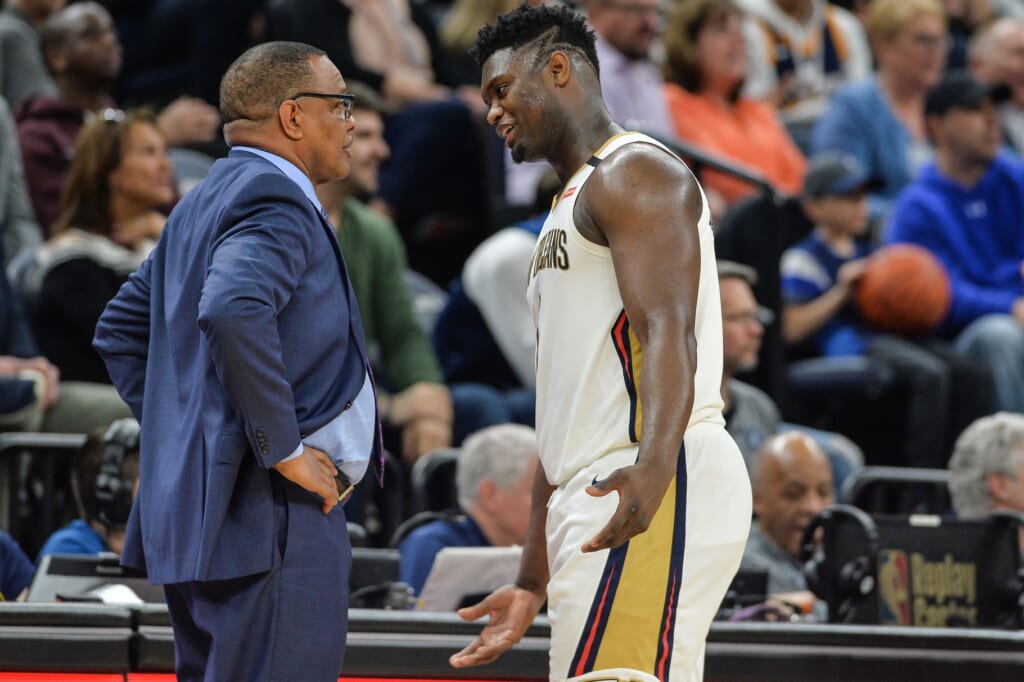 The New Orleans Pelicans are going to be one of the most exciting teams to watch once the 2019-20 NBA season resumes in Orlando next month. Of course, that’s all dependent on their star players being ready to go. As of right now, we’re not sure that’s going to be the case.

David Griffin says Pelicans as an organization have had 3 players with positive COVID tests but won’t comment on who that is.

It makes sense that New Orleans’ brass would support the privacy of its players right now. There’s no reason for the public to know who actually tested positive for the virus.

Though, this continues a major trend around the NBA world in the lead up to the restart of the season in exactly a month.

It was late last week that the Association announced 16 players had tested positive for the virus. Since then, DeAndre Jordan of the Brooklyn Nets has decided to opt out after testing positive. Meanwhile, the Denver Nuggets have shuttered their practice facility after an outbreak of the virus.

Despite all of this, the season is expected to get going July 30 at Walt Disney World in Florida. The backdrop here is that state remaining one of the worldwide epicenters of the pandemic.

New Orleans will head to Orlando with a 28-36 record and as the 10th seed out west. It is just 3.5 games behind the Memphis Grizzlies for the eighth spot in the conference.

Under the new set of rules, if the ninth seed is within four games of the eighth seed after the final eight regular-season games are played, a play-in-tournament would take place. Given how dominant Williamson was after the No. 1 pick returned from injury, most unbiased individuals would love to see the Pelicans make a run. For his part, and the unknown COVID-19 cases notwithstanding, Williamson is said to be in great shape.