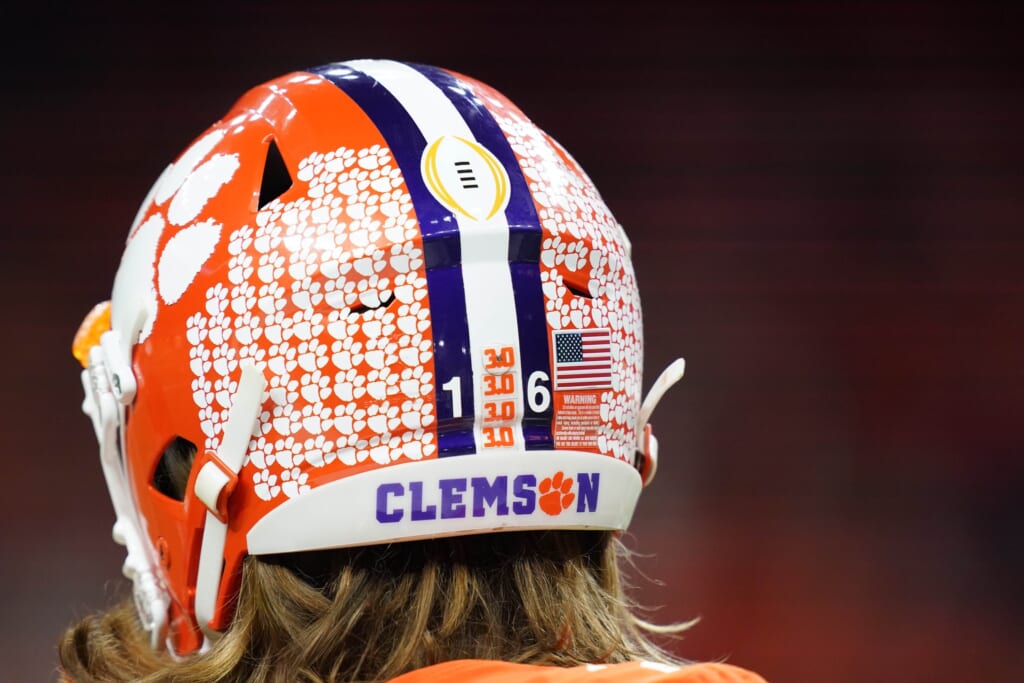 When quarterback Trevor Lawrence and the Clemson Tigers football team take the field on Saturday, they’ll be playing with an eye towards social justice and bringing change to the United States.

Lawrence, who has been active in addressing issues in the country this offseason, will join his teammates in the latest player demonstration calling for change.

Just a few months after Lawrence and countless Tigers’ players led a protest on campus, they’ll now run onto Truist Field with a message calling for change.

Similar to the NFL and MLB allowing players to wear special messages on the back of their helmets and jerseys, Clemson is giving the same freedom to its student-athletes.

Playing with a purpose. pic.twitter.com/kIKTGcBY4P

Star running back Travis Etienne will wear a “LOVE” decal on his helmet, while Lawrence will display a sticker calling for equality. Several of their teammates will have helmet decals expressing support for the Black Lives Matter movement.

Lawrence, who seemingly declared for the 2021 NFL Draft on Saturday, enters the 2020 season as the Heisman Trophy favorite. He’s also projected to be the No. 1 overall pick in the latest 2021 NFL mock draft.

While Lawrence has been relatively quiet under the spotlight the past two seasons, he is stepping up as a leader this year. He and his fiancee helped raise funds for victims of the COVID-19 pandemic, which the NCAA initially blocked.

As more pro athletes begin to take a stand on social issues, it’s clear Lawrence is choosing a similar path as he draws closer to reaching an even larger platform in the NFL.

‘One of the best offenses we’ve had in a while’: BYU’s attack works on timing during lengthy gap between games