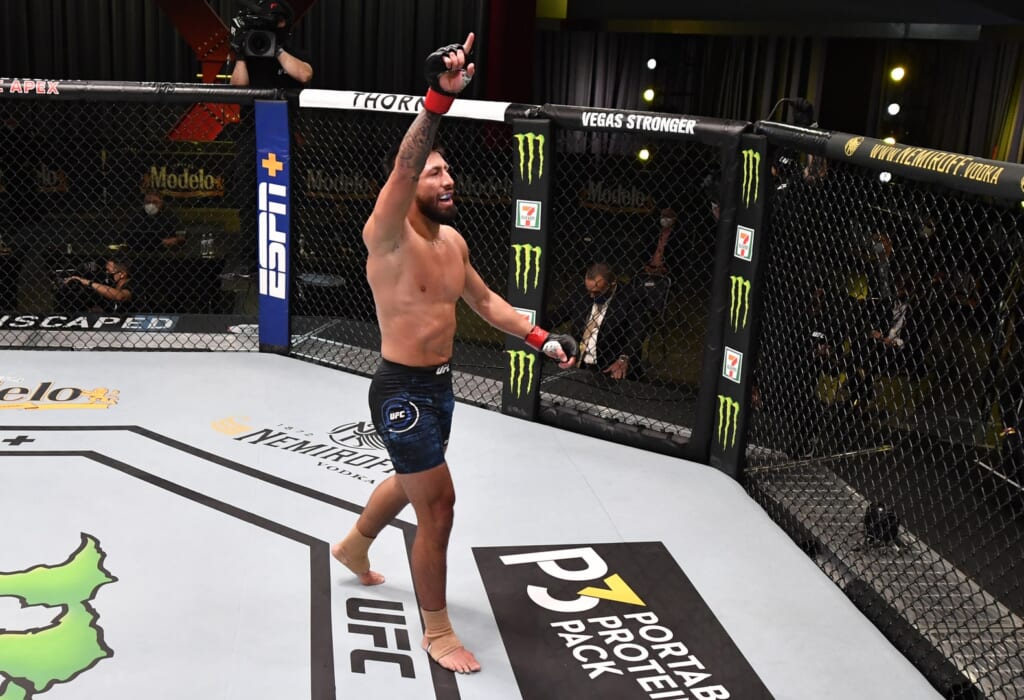 Gutierrez, 29, had won each of his past three fights, including a knockout of Vince Morales back in May. Meanwhile, Durden was making his first UFC appearance after winning each of his past seven fights at lower levels.

Unfortunately, neither fighter would come out on top. The judges ruled it a draw by unanimous decision, 28-28.

This represented the first time in UFC history that a bout ended in a unanimous draw without a point deducation.

The Gutierrez vs. Durden decision was the first unanimous draw in UFC history without point deductions.

It’s obviously not what either fighter had planned in the first bout in the United States since the UFC took its action to Fight Island at Abu Dhabi.

Either way, they can now say they are at least part of UFC history.

SHARES
ShareTweet
What caused things to fall apart for Utah in the third quarter of the Jazz’s loss to Lakers? Anthony Davis