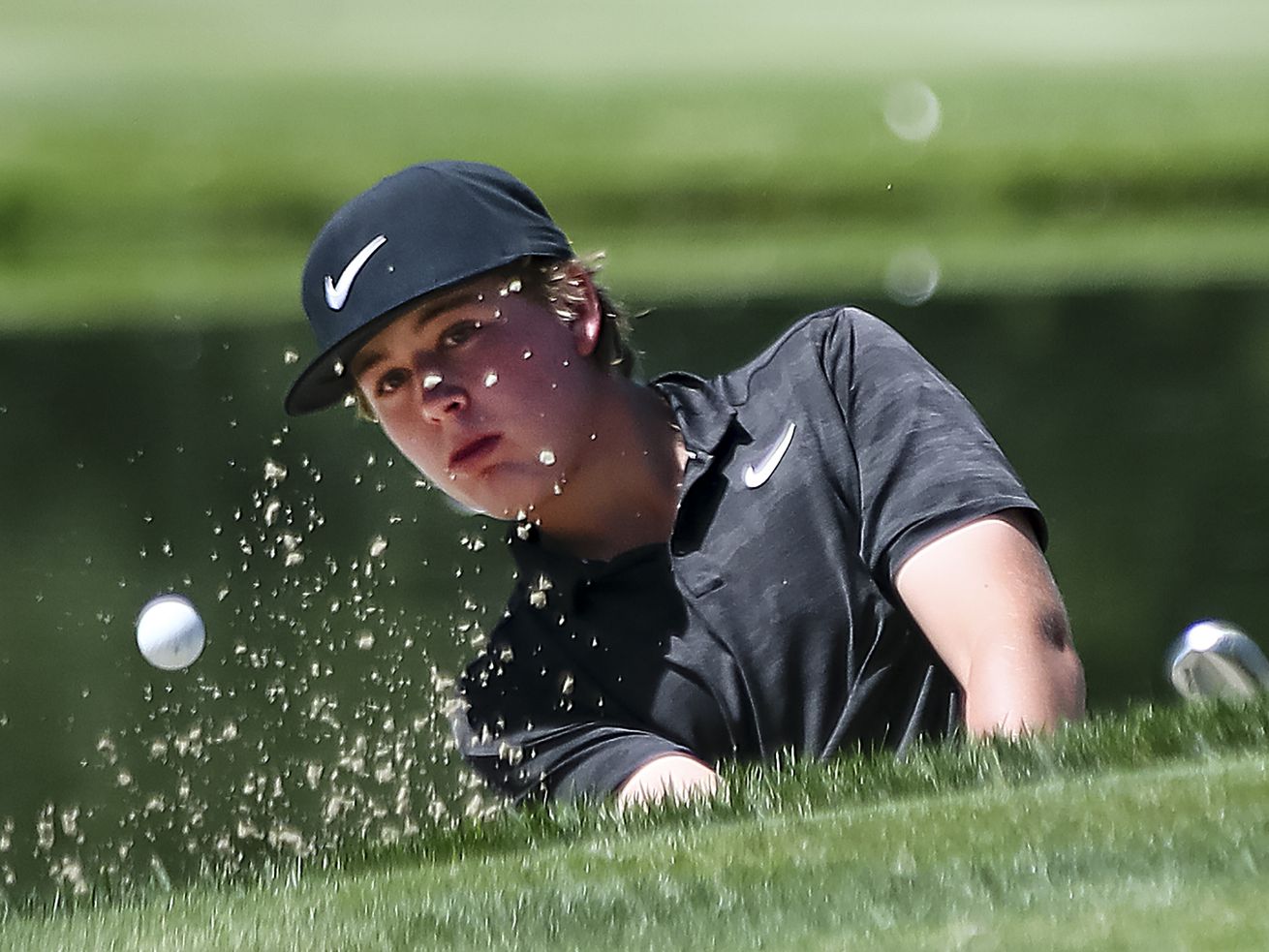 Preston Summerhays hits out of a bunker as he plays the second round of the Utah Open at Riverside Country Club in Provo on Saturday, Aug. 15, 2020. | Scott G Winterton, Deseret News

SALT LAKE CITY — Back when he was in ninth grade, Preston Summerhays made a goal to play in a PGA Tour event before he was finished with high school.

It was quite an auspicious goal for a 15-year-old boy, who always has made long-term and short-term goals. Most accomplished golfers, professional or amateur, never get to play in a PGA Tour event once in their entire lives.

But here is Summerhays this week, accomplishing his goal by not only playing in a PGA Tour event as a senior in high school, but one of the biggest golf tournaments in the world — the U.S. Open at Winged Foot Golf Club in New York.

The 18-year-old Summerhays, who was born in Utah and spends every summer in the Beehive State, up from his home in Arizona, qualified for the U.S. Open by winning the U.S. Junior Amateur in the summer of 2019, a tournament Tiger Woods won three times. He’ll tee off at 7:12 a.m. ET Thursday along with Tom Lewis of England and Jason Krokak of Ohio.

Summerhays is the youngest player in this year’s 144-golfer field, which features the best golfers in the world, in what will be the second “major” of the 2020 golf season.

He has been in New York for the past several days and already has a lifetime full of memories, after playing with several of the world’s top golfers in practice rounds. It’s not surprising that Summerhays played a practice round with Tony Finau, whose coach happens to be his father, Boyd.

Silver says NBA participation at Tokyo Olympics may be limited

But look who else Summerhays has played with in his three days of practice rounds.

On Saturday he played with Rickie Fowler and former PGA champion Jimmy Walker. He played with the same two golfers on Sunday and also played nine holes with defending U.S. Open champion Gary Woodland. On Monday, he played with Finau, along with Collin Morikawa, the recent winner of the PGA Championship and No. 5-ranked golfer in the world, as well as Xander Schauffele, the No. 7-ranked player in the world.

“All those guys are top players so it was really cool for me to tag along, watch them and see how they get around the course and what their skills are,” Summerhays said.

He said he didn’t feel overly intimidated playing alongside some of the world’s best and thinks he’ll be able to hold his own this week.

“I do, as long as I play my game and stay focused,” he said. “I think I’ll have a good chance to play well this week.”

Summerhays is well-known in Utah golf circles, having played in several junior golf events over the years and winning the state’s biggest amateur event, the Men’s State Amateur, in both 2018 and 2019. He missed a chance for a three-peat earlier this month because …read more

Real Salt Lake anxious to dust itself off, move on from worst home loss in franchise history