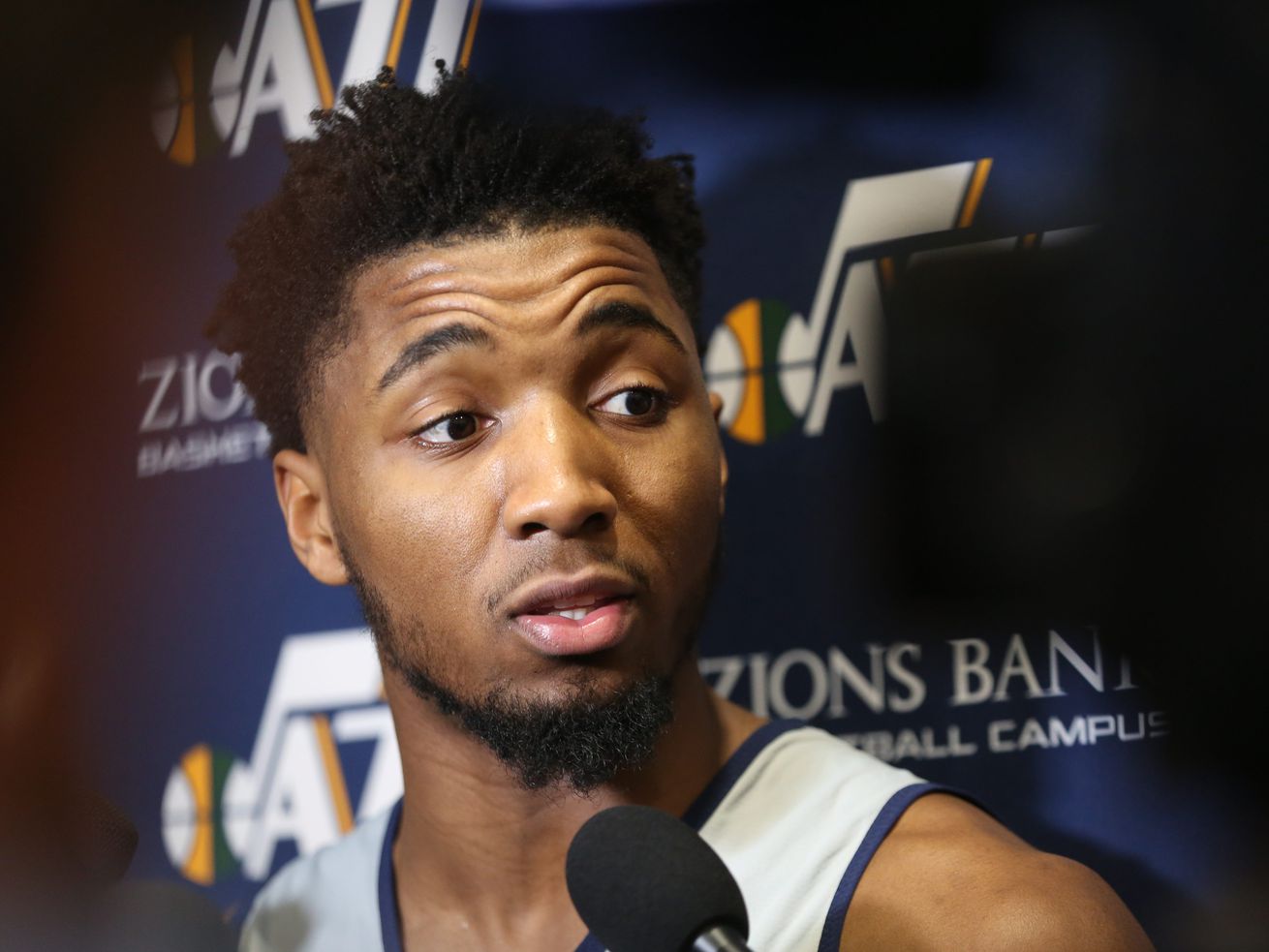 SALT LAKE CITY — Utah Jazz guard Donovan Mitchell had a big platform on Sunday to continue his push for conversations about racial equality.

In a video that aired during the ESPYs on ESPN, Mitchell was among a large group of notable figures from both the sports and entertainment worlds — black and white — who called for racial justice.

“This is the tipping point. There’s no going back. There’s no inching forward. The time is now.”

Stars from the sports and entertainment worlds say it’s time to step up and do their part to make this country better. pic.twitter.com/Fttyl8to0v

About a third of the way through the six minute and 19-second video — a project that was largely organized by New Orleans Saints safety Malcolm Jenkins — images of protests from around the country appeared while Mitchell narrated, “While the murder of George Floyd was at the center of everyone’s attention, too often we forget about Black women like Breonna Taylor.”

The video then cut to news coverage of Taylor’s death, which occurred as she was shot in her home by police officers in Louisville, where Mitchell attended college.

“Now, we call on our white counterparts to use their voices and talk about real change and how they will make it happen,” Mitchell said.

The video closed with Jenkins saying, “This is the tipping point” as video of a protest shows on the screen with protestors yelling, “No justice, no peace.”

Jenkins continued, “There’s no going back, there’s no inching forward. The time is now.”

A note on the screen then appeared which read, “As of June 21, 2020 none of the officers who murdered Breonna Taylor have been arrested.”

The video became public a few hours after Mitchell commented on Twitter about the vandalism and ultimate repair of a mural of Floyd on 800 South and 300 West in Salt Lake City.

As video emerged about two hours later of the creators of the mural painting over where it had been tarred, the younger Mitchell tweeted, “Resilience!!!” followed by the heart, praying and “100” emojis.

Sunday’s events came after Friday’s Juneteenth holiday on which Mitchell was criticized by some for posting a graphic on Instagram that read, “free-ish since 1865” in reference to emancipation.

In a Sunday Instagram post from Mitchell, which included a snippet of the video that appeared during the ESPYs, there were some …read more