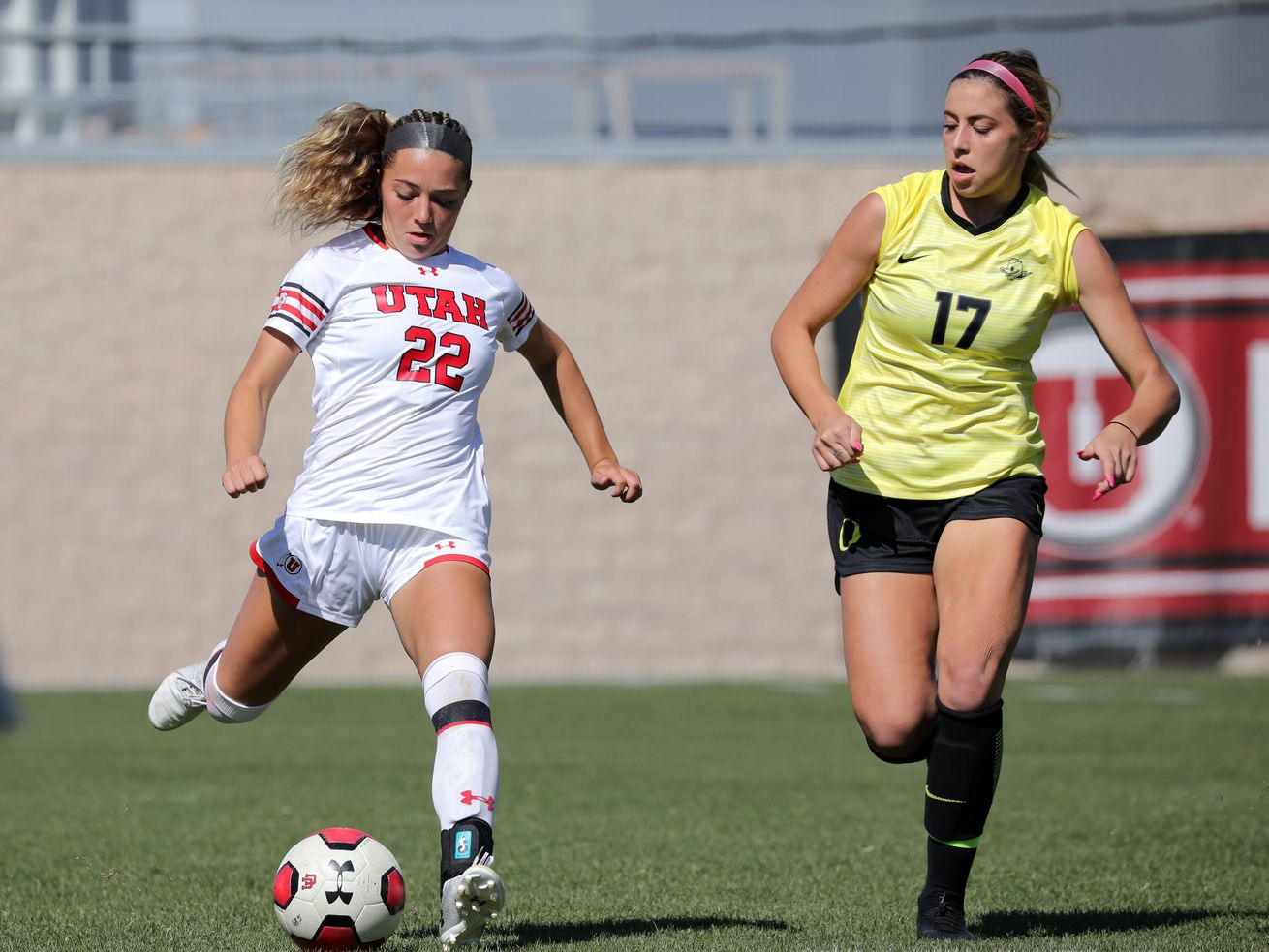 SALT LAKE CITY — If there is such a thing as a silver lining in the pandemic that canceled all fall sports at the University of Utah, for the Ute women’s soccer team it means some extra practice time.

Of course, the Ute players and coach Rich Manning were extremely disappointed when the fall schedule was shut down in August. After first having their nine nonconference games canceled, the Utes had their league games canceled by the Pac-12, leaving the Utes with three months of no games.

But the fact that the Utes have such a young and inexperienced group, it might allow them to be more ready for competition if it starts up again in the spring.

“It’s a little challenging because we can’t do your typical soccer practices. It’s a lot of technical work, running and shooting and stuff like that. We can’t even do a little one-on-one drill, you have to stay 6 feet apart.” — Utah coach Rich Manning

The Utes lost the majority of their starters from last year’s team that went 8-8-4 in the regular season and made it to the NCAA tournament, and left the Utes with what Manning calls “a really new team.”

So instead of playing games all fall, the Utes will try to improve with daily workouts that could stretch through the most of the rest of 2020.

“There’s definitely some ups and downs and adjustments, but I think they’re in a pretty good place and have committed to wanting to prepare for a potential spring season,” Manning said of his young squad.

While some schools in the eastern part of the country are going ahead with games, most western schools, including the Pac-12, have canceled their fall schedules. Some schools such as Cal and Stanford, aren’t working out at all, while Utah and others are practicing under strict guidelines set by the Pac-12.

The Ute players wear masks and practice social distancing, which means they are limited in the types of drills they can do and they aren’t allowed to scrimmage.

“It’s a little challenging because we can’t do your typical soccer practices,” Manning said. “It’s a lot of technical work, running and shooting and stuff like that. We can’t even do a little one-on-one drill, you have to stay 6 feet apart. It’s hard to get a workout in and then you’re worried about losing fitness — there’s a lot of challenges with it for sure.”

The Utes practice about 12 to 14 hours a week and have strength and conditioning sessions and take weekends off. Like other fall sports, the Utes are awaiting guidelines from the NCAA on Sept. 16 that could keep the 20-hour maximum weeks or cut them to eight hours as in the offseason.

“We’re going to take the fall and treat it like our spring and prepare for a championship competitive schedule in the spring,” Manning …read more