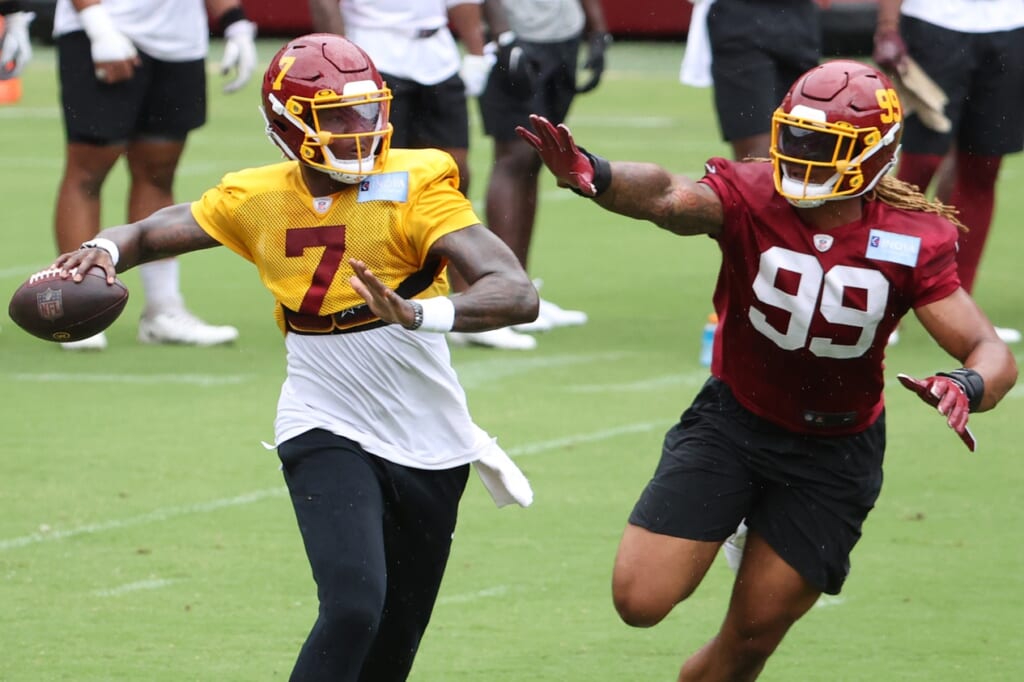 Week 1 of the 2020 NFL season is here as the Washington Football Team kicks off a new year of football against the Philadelphia Eagles. While the opponent will be familiar, big changes this offseason will have a big impact on how Washington performs this season.

A year ago, Washington was led by head coach Jay Gruden and playing under a different name. The team would go on to blow a double-digit lead, picking up the first of 13 losses in 2019. Fast forward to 2020, head coach Ron Rivera will be hoping to turn this franchise around with a team that fans can enjoy.

Both teams find themselves in very different positions coming into Week 1. The Eagles have their eye on competing for a Super Bowl, while Washington is projected to be one of the worst teams in the NFL. After months of speculation and no game action, all matters will be settled in this divisional clash.

The Eagles’ offense is already dealing with injuries. Two of their starting offensive linemen are out for the season, while wide receivers Alshon Jeffery and Jalen Reagor could be sidelined with injuries. The rust will be evident due to the unusual offseason and the several key injuries on the offensive side of the ball.

Even with the rust, this game will be a strong indication of how the former Super Bowl champion’s offense will look this season. Carson Wentz should be able to pick apart Washington’s secondary. Better yet, he will have plenty of weapons to target this season. In fact, this supporting cast will be even better when Reagor and Jeffery return.

NBA news: Bulls hit a home run with the hire of Bill Donovan as head coach

However, despite all of his weapons, Wentz will face a constant pass rush all day. Chase Young, Jonathan Allen, Montez Sweat, Ryan Kerrigan, Matt Ioannidis, and others will be causing havoc for the offensive line.

Washington’s pass rush will look to frustrate Wentz and not give him time to find his receivers. This should relieve the burden off the secondary, limiting Wentz’s ability to buy time for someone to get open. After winning a Super Bowl ring with the Kansas City Chiefs, Kendall Fuller returns to Washington to pair with cornerback Ronald Darby.

With the strong pass rush for Washington, Fuller and Darby will need to lock down the plethora of weapons the Eagles have at their disposal.

Other than the passing game, the Eagles will have one of the most promising running backs in the NFL, Miles Sanders. However, Doug Peterson hinted that Miles Sanders will be limited to start the season due to a hamstring injury.

If Sanders is limited versus Washington, it might force Wentz to pass the ball more. Thus, allowing Washington’s loaded pass rush to thrive. Washington’s defense might shock the Eagles like they did in the first half of week one in 2019. If they can learn from their mistakes and maintain the same production in the second …read more

4A high school football Week 6 takeaways: It was all about the last second thrillers, with 7 games decided by a touchdown or less