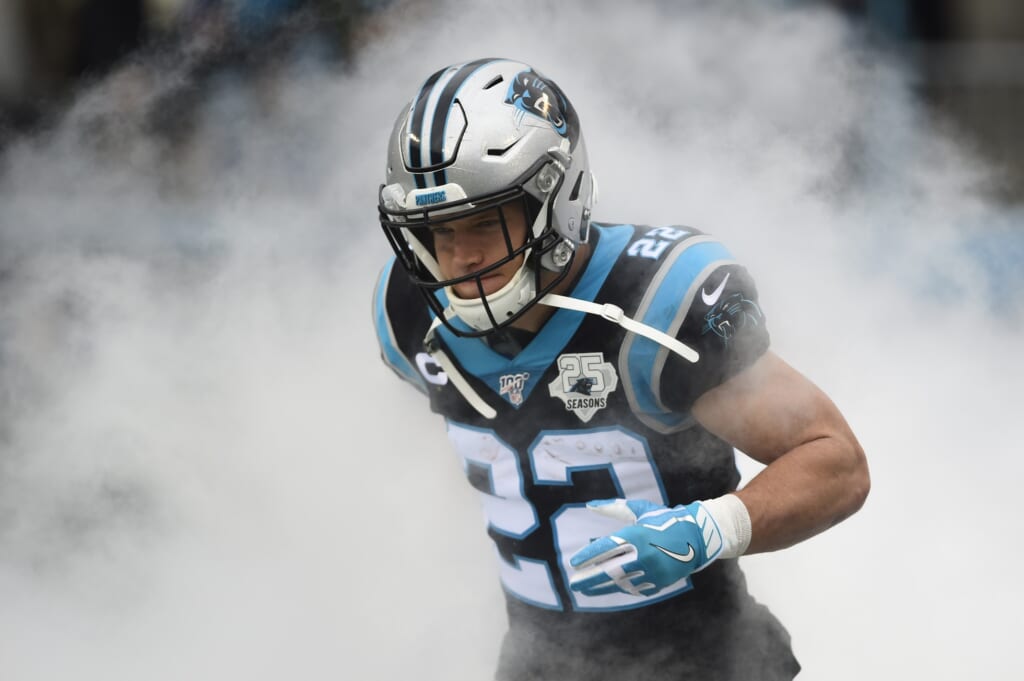 Christian McCaffrey is simply unstoppable. If there was anyone left questioning why the Carolina Panthers made him the highest-paid running back in NFL history, let the latest highlight from the All-Pro running prove he deserved it.

Just a month after signing his $64 million contract extension, the 23-year-old is hard at work trying to take his game to an even higher level. While he’s outstanding as a runner, earning first-team All-Pro honors this past season, it’s his skills as a receiver that makes him a weapon unlike any other in the NFL.

That’s a RUNNING BACK making this catch 😳 @Panthers

There’s a reason he also earned first-team All-Pro honors at the flex position and this insane behind-the-back catch proves it. He was the heart of Carolina’s offense this past season, picking up 1,387 rushing yards and racking up 1,005 receiving yards. Oh, he also broke the NFL’s single-season record for catches by a running back (116) breaking the mark he set the year before (107).

While record-breaking contracts for running backs rarely work out for the team, McCaffrey is a different force of nature. He can be an All-Pro running back or receiver and he makes big plays look routine. The scariest part is that he could be even better next season with Joe Brady becoming Carolina’s offensive coordinator.