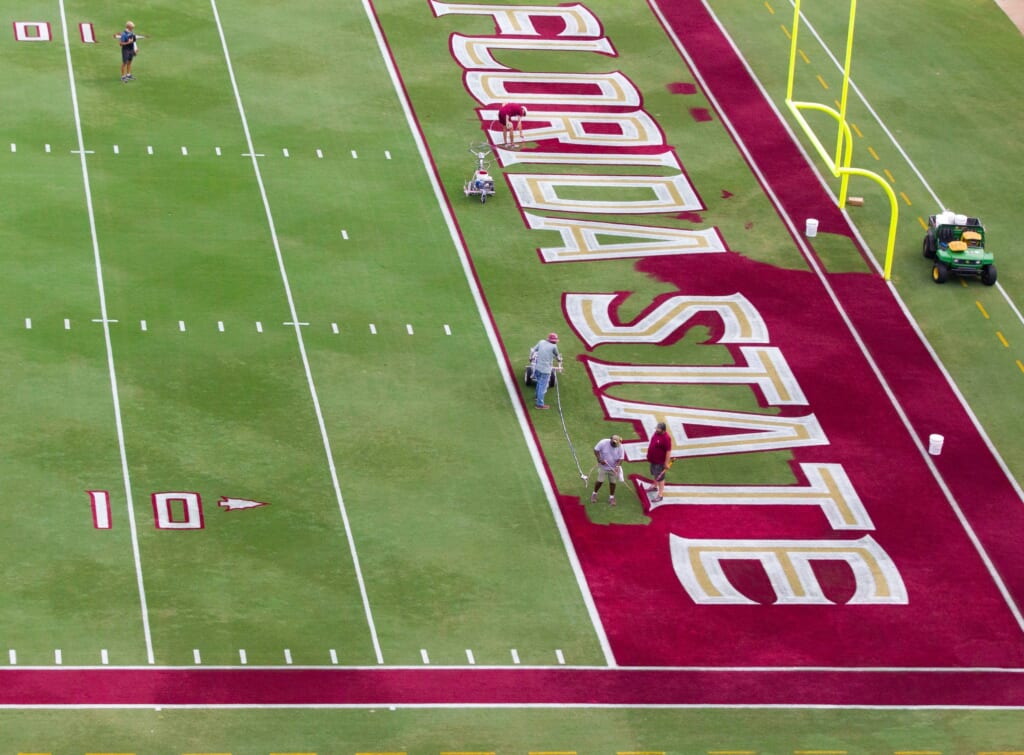 We’re seeing a ton of support for the Black Lives Matter movement and related protests against police brutality within the sports world.

Two days as the Houston Texans and Kansas City engaged in a form of protest during the national anthem at Arrowhead Stadium, college football teams are following suit.

That included the Florida State Seminoles taking to the field in Tallahassee against Georgia Tech Saturday afternoom while raising their helmets in solidarity with BLM.

Florida State shows support for #BlackLivesMatter ahead of game against Georgia Tech. pic.twitter.com/81UTNo6e8j

That was definitely an emotional scene right there. As young men, some of these football players will ultimately end up being the leaders we need to move forward as a society.

As you can see, star defensive tackle Marvin Wilson led the team on to the field. He’s a projected top-10 pick and could ultimately have a platform most could scarcely imagine to help enact change.

‘Best team I’ve been a part of here at BYU’: Are Cougars on the verge of a special, albeit drastically weakened, football season?