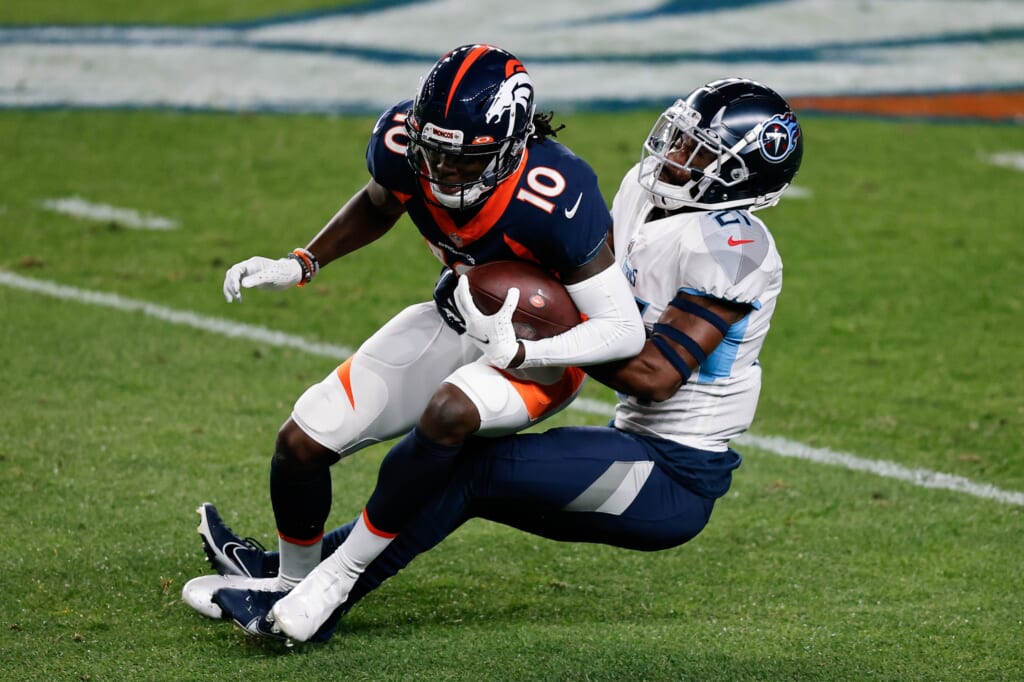 Anyone who saw Denver Broncos first-round pick Jerry Jeudy play college ball at Alabama knows full well just how electric he can be on the football field.

It’s one of the primary reasons that Broncos general manager John Elway received so much praise for selecting him back in April.

The wide receiver is now making the front office head proud in his NFL debut against the Tennessee Titans Monday night.

Check out Jeudy juke the heck out of fellow rookie Kristian Fulton, putting the cornerback on skates, during this 21-yard catch-and-run in the fourth quarter.

There’s highlight-reel plays. There’s also showing off. We’re going to go with the latter here. The initial break at the line. The juke in the secondary. Everyhing about this is what defined Jeudy’s brilliant career with the Crimson Tide.

This play also helped Denver score a touchdown to take a lead late in the game. Jeudy is going to be an absolute star. Period.

This year’s NBA draft moved back again, rescheduled for Nov. 18