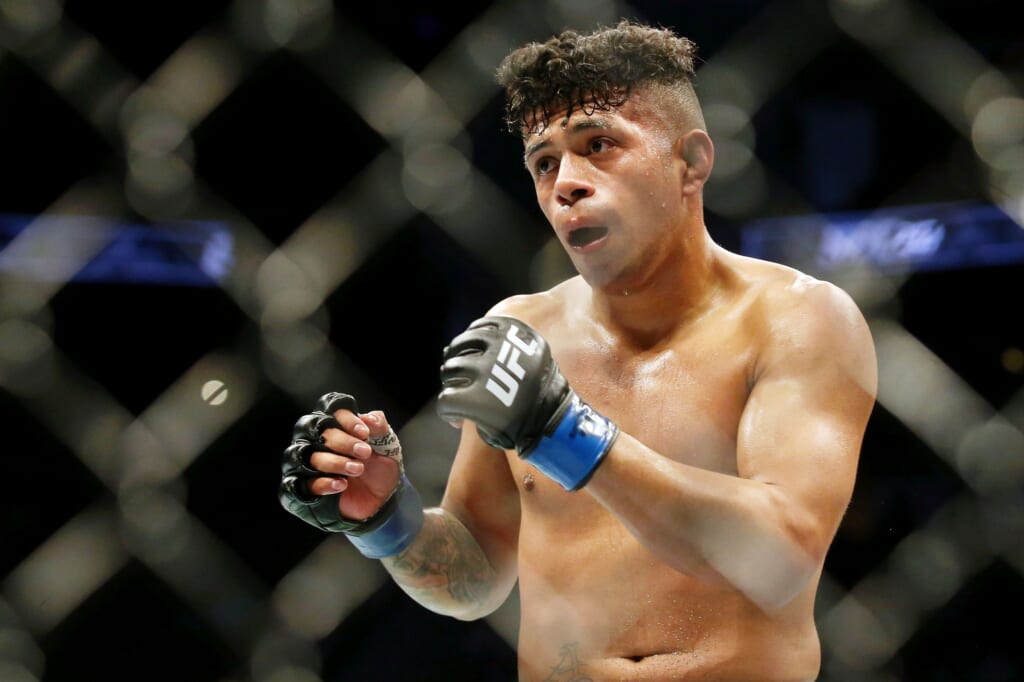 It looked like the “Dragon” was headed for a unanimous decision victory over Frankie Saenz during their UFC Fight night bout in Las Vegas Saturday evening.

The Bantamweight contender dominated his counterpart, landing 79 significant strikes compared to 39. Though, he was unable to get Saenz down on the Octagon until the start of Round 3.

Once he did, Martinez knocked his opponent down in violent fashion with a combination of kicks and punches. Check this out. It was something to behold.

This was a huge win for Martinez after he lost to Andrew Ewell in his last bout during UFC 247 back in February. It certainly puts him on the radar of Dana White and Co.

For Saenz, this is a brutal loss after he was defeated by Marlon Vera in UFC Fight Night 148 back March 2019. He has not won a bout in over two years.

WATCH: Mookie Betts with the throw of the MLB season nailing Starling Marte at third base