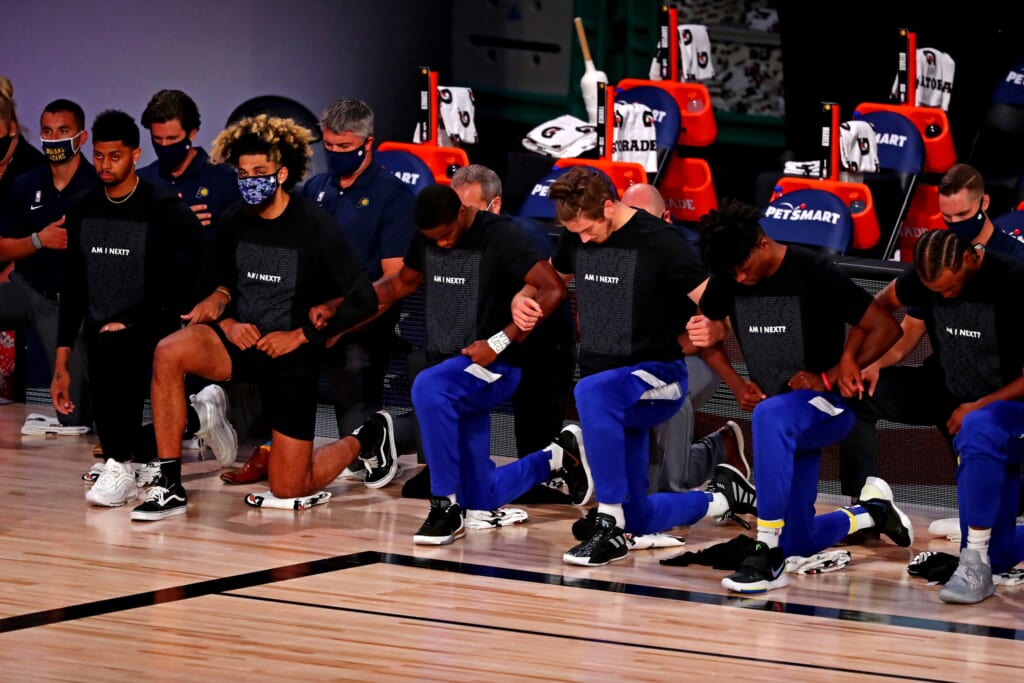 The Indiana Pacers and Philadelphia 76ers kicked off the resumption of their 2019-20 NBA season against one another Saturday evening at Walt Disney World in Orlando.

The two Eastern Conference teams could very well play one another once the playoffs start. Though, that was not necessarily the story ahead of Saturday’s game.

Indiana and Philadelphia locked arms and took a knee in protest during the national anthem.

In one of the most beautiful renditions of the National Anthem we’ve ever heard, the Sixers and Pacers lock arms together, while kneeling, to support Black Lives Matter. pic.twitter.com/fyr0vwGZyI

We’ve seen this before the start of every game since the season resumed Thursday evening. But there was something different about this. Check out the shirts the Pacers wore during the anthem.

The Indiana Pacers wore special “Am I Next?” shirts after removing their warmups while kneeling for the national anthem tonight. Pacers veteran Justin Holiday distributed the shirts to his teammates. pic.twitter.com/mQNaTGrGS8

As you can see, the shirt also included the names of innocent African-Americans who have died during this nation’s history. The first three names (Emmett Till, Medgar Evers and Martin Luther King Jr.) adds a whole new level to this.

MLB Commissioner Rob Manfred on season: ‘We are playing’