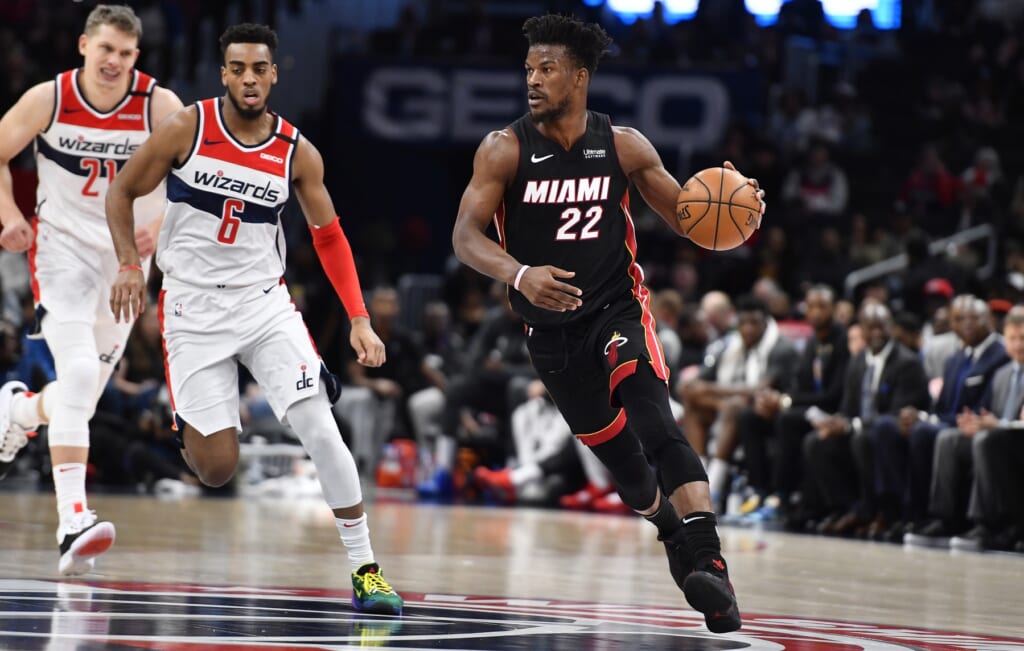 Miami Heat star Jimmy Butler made a statement about equality before Saturday’s game, and then the referees intervened.

Butler stepped onto the court wearing a jersey without a name on the back. Then, he was forced to change to one with a name plate before the game could start.

Jimmy Butler stepped onto the court wearing a jersey with no name on the back. The refs made him switch to one with a name plate before tipping off.

Marc Stein of the New York Times provided some necessary context to all this. He noted that Butler had wanted to have no name on the back of his jersey to express equality, but that the NBA would not allow it.

Miami’s Jimmy Butler wanted to wear a jersey with no social justice message and no name — completely blank except for his No. 22 — as the ultimately expression of equality. The league would not allow it

Miami’s Butler revealed his intention to wear a blank jersey two weeks ago, acknowledging that the league had not signed off on his request

“I’m no different than anybody else of color and want that to be my message,” Butler said of his desire to play in a nameless jersey

Even though he had to make the switch, Butler was still able to make a statement by defying the league for a brief time. Many players have opted to share messages of social equality and other meaningful phrases. Butler’s idea was a bit different but shared the same sentiment.