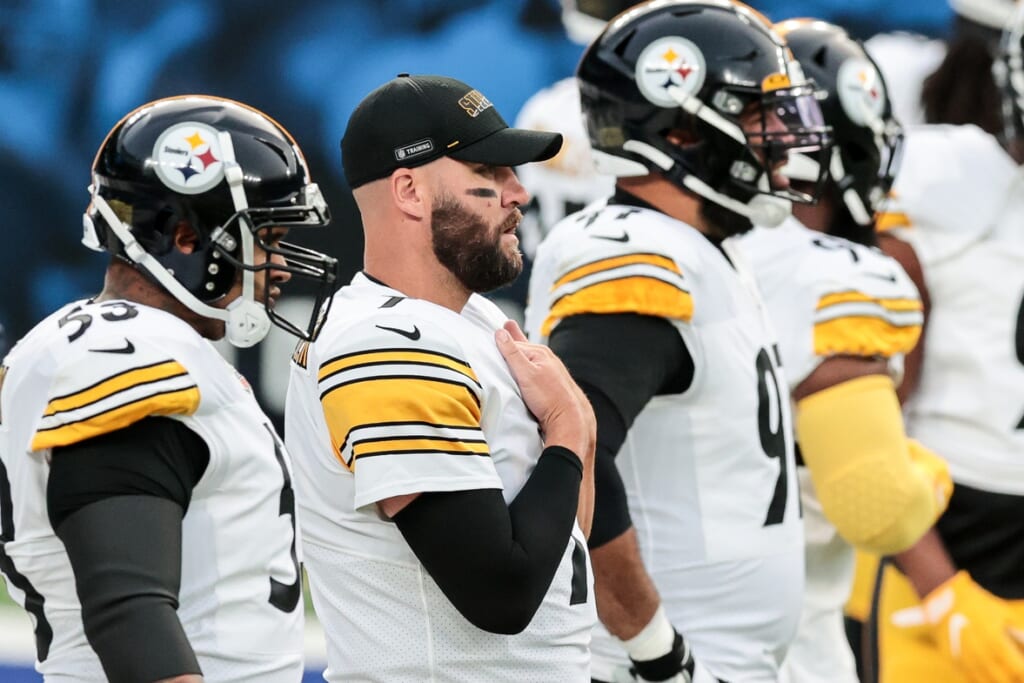 Monday night’s doubleheader to close Week 1 of the NFL season featured the Pittsburgh Steelers taking on the New York Giants.

It was Ben Roethlisberger’s first game back on the field since suffering an elbow injury early last season. Ahead of the game, Big Ben and his Steelers were seen holding a sign while the national anthem was being played in New Jersey.

The sign read “Steelers Against Racism” and included the names of numerous people who have been impacted by both police brutality and racial inequality in the United States.

We saw this come up a whole lot during the first Sunday of the 2020 NFL season with multiple teams protesting during the playing of the anthem.

The week started with fans on hand at Arrowhead Stadium in Kansas City booing a show of unity between the defending Super Bowl champion Chiefs and the Houston Texans.

It’s going to be a continuing theme throughout the 2020 season, especially after the NFL came out in support of the Black Lives Matter movement during the offseason.

In particular, seeing the family of George Floyd on hand for the Vikings’ season opener against Green Bay in Minneapolis Sunday afternoon showed us that there’s going to be a major backdrop to the 2020 campaign.

The first “Monday Night Football” game of the 2020 NFL season only added to this.