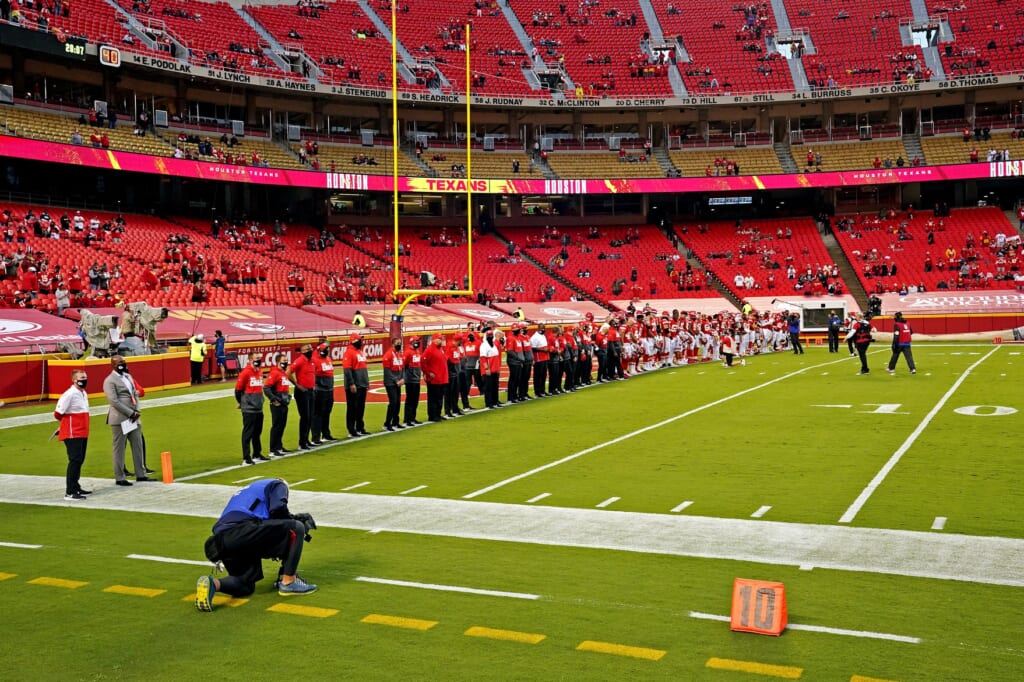 We already knew that the 2020 NFL season would include a backdrop consisting of the Black Lives Matter movement and related push for racial equality in the United States.

The league has made it clear that it supports said movement and the rights of players to protest.

It appears that the Houston Texans and defending Super Bowl champion Kansas City Chiefs took advantage of that right ahead of Thursday’s season opener at Arrowhead Stadium.

The Chiefs stayed on the field for the playing of “Lift Every Voice and Sing” ahead of the anthem while the Texans decided to remain in their locker room.

#Chiefs staying on the field for the playing of “Lift Every Voice and Sing” which is considered the black national anthem. The #Texans left the field. #NFL pic.twitter.com/mg79t2baF6

In terms of the national anthem itself, the Texans remained in the locker room as a way to protest police brutality in the United States and support racial equality.

Meanwhile, the Chiefs were seen on the field with at least one player taking a knee while raising his fist to support black power.

As you can see, R&B duo Chloe X Halle were paying homage to George Floyd and Breonna Taylor, two African-American victims of police brutality earlier this year. Fans also booed the Texans as they entered the field following the anthem.

These protests have been widespead in other sports since leagues around the United States returned to action following a hiaturs due to the COVID-19 pandemic. That won’t change during the 2020 NFL season.