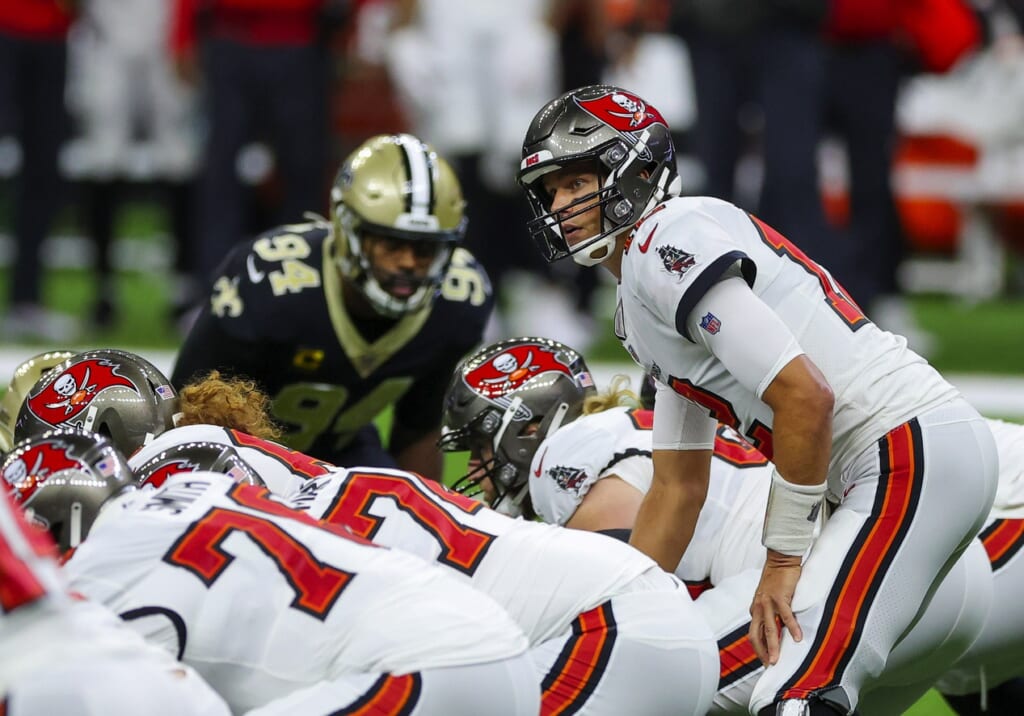 In his first appearance with the Buccaneers, Brady opened the scoring with a touchdown run. It’s the first of his career when not wearing a New England Patriots uniform.

Unfortunately for Brady and his new team, things were not clicking as the game went on against the Saints in New Orleans. That included the all-time great quarterback tossing a pick-six into the hands of Janoris Jenkins.

What an absolutely horrible pass from Brady right here. Throwing late and to the outside is never a recipe for success. Being inaccurate in the process only adds to that.

By virtue of this interception, Tampa Bay found itself down 24-7 early in the third guarter. Not a great start to the Brady era. That’s for sure.