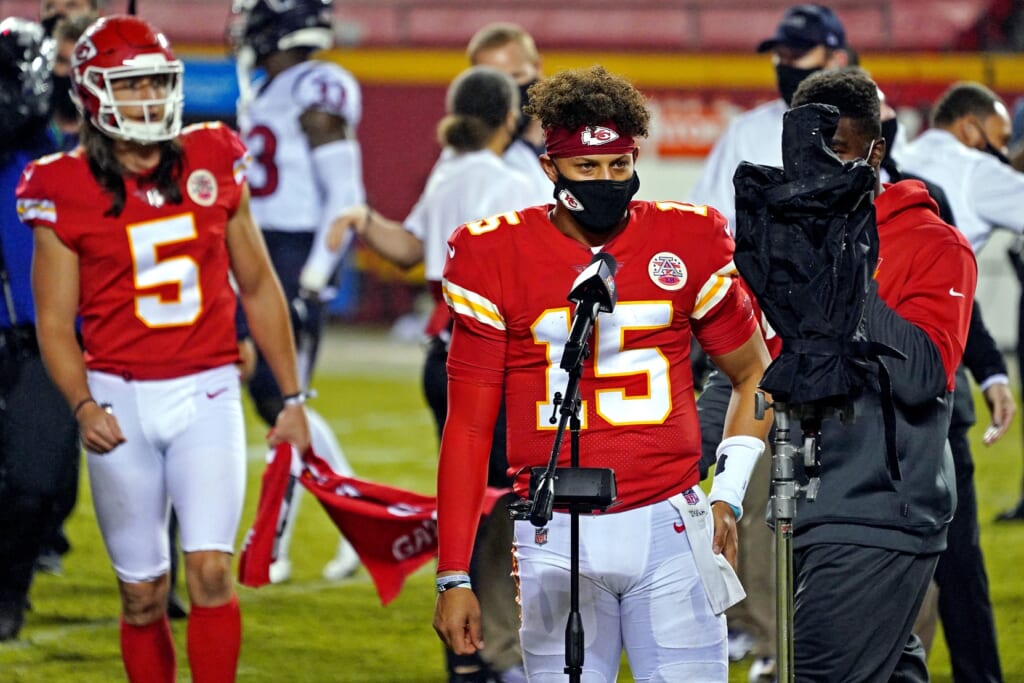 The defending champion Kansas City Chiefs took care of business in a big way against the Houston Texans Thursday evening to open the 2020 NFL season.

Reigning Super Bowl MVP Patrick Mahomes looked every bit the part of the $500 million quarterback Kansas City made him this past offseason. The Texans were no match for Kansas City inside a lightly-filled Arrowhead Stadium.

The backdrop here included both teams displaying some level of protest during the national anthem ahead of the game. Said protests were met with boos from fans on hand in Missouri.

We now have some raw numbers as it relates to NBC’s television ratings for the season opener. It’s not great news for the NFL.

According to Deadline, overall ratings were down a whopping 16.1% from last season’s “Thursday Night Football” opener between the Chicago Bears and Green Bay Packers. According to the note, this could end up being a 10-year low for the NFL on NBC. That’s just staggering.

We already know that a certain sector of the population has already promised to boycott NFL games due to the league’s support of the Black Lives Matter movement and related protests supporting racial equality in the United States.

Until these results were released, we had no idea how much said boycotts would impact NFL television ratings. Heck, one game does not come anywhere near close enough to tell us the entire story.

What we do know is that the matchup between Kansas City and Houston didn’t include a perceived lack of interest from diehard football fans. We’re talking about the reigning Super Bowl MVP going up against a quarterback in Deshaun Watson who is among the most-notable in the NFL. There’s a strong possibility that the national anthem protests played a role in Thursday’s television ratings tanking big time.

The NFL and Black Lives Matter

None of this is going to change moving forward. Week 1 of the 2020 NFL season will be filled with protests throughout the league. Sunday in Minneapolis, that will include the Vikings welcoming the family of a slain African-American man by the name of George Floyd. This will obviously be a hot-button topic throughout the sports world.

NFL Commissioner Roger Goodell came out in support of the Black Lives Matter movement and protests against police brutality this past offseason. It’s a stark change of direction for Goodell and Co. after the league mishandled the Colin Kaepernick-led protests back in 2016.

With pretty much every major North American professional sports league taking part in protests, the long-term impact on their brands will not be known for some time. What we do know is that the NFL itself will be relying …read more