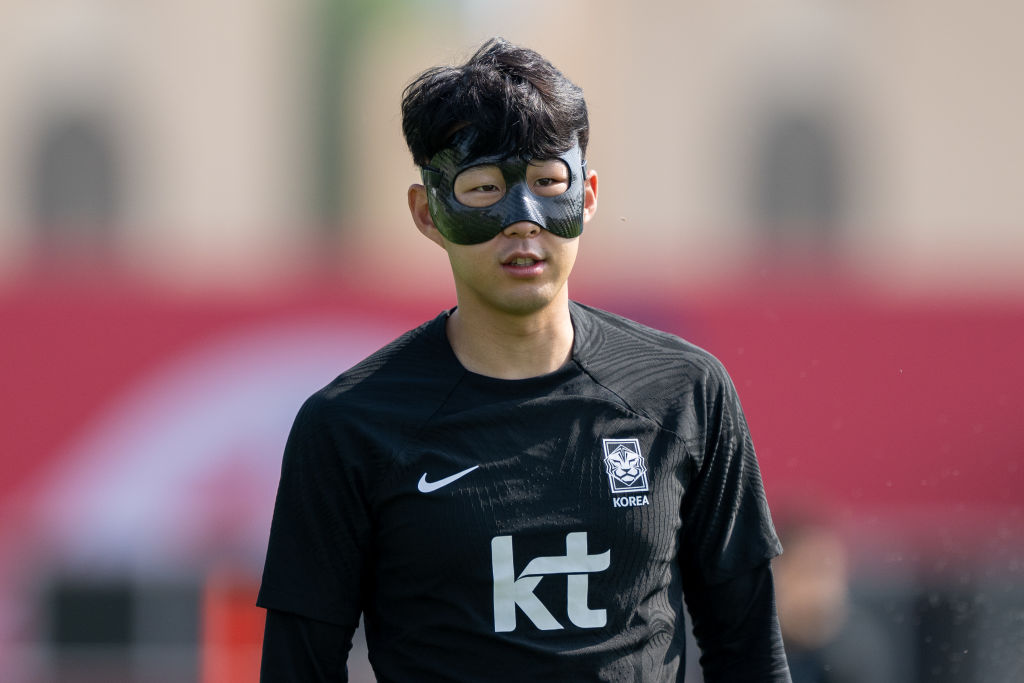 Son Heung-Min’s stunning performances for Tottenham over the last few seasons will make him one of the most recognisable players at the World Cup 2022 – even whilst wearing a face mask.

The Premier League ace will feature for South Korea in the tournament as they look to make it out of a tough group featuring Portugal, Uruguay and Ghana.

The 30 year-old is unsurprisingly South Korea’s star man at Qatar 2022 and he will be pivotal to his nation’s hopes of making it into the round of 16.

But with Son sporting such an unusual look at the tournament, fans have all been asking the same question – why on Earth is he wearing the face mask in the game against Uruguay?

Read on for the all important answer.

Why is Son Heung-Min wearing a face mask against Uruguay?

The forward underwent surgery four days later and missed the Premier League games with Liverpool and Leeds as well as the Carabao Cup defeat to Nottingham Forest.

Son went down injured in the south of France at the start of November (Picture: Clive Rose/Getty Images)

There had been concerns that the injury would prevent Son from playing in Qatar, but he has recovered well from the surgery and will be fit enough to play in his third World Cup after featuring in 2014 and 2018.

After his first training sessions with the squad in Qatar, Son told reporters: ‘I don’t think it was bad because the mask was more comfortable than I thought.

‘In fact, it was a little different from when I used it in England. It was more comfortable. Except for sweating a lot because the weather was hot, there was no big difference.

‘The reason I keep touching the mask is because the shape of my face is slightly different. Even if the swelling goes down, one day it’s still swollen. I keep touching it after fitting it to my face. I was surprised that it was a lot more comfortable than I thought.’

The mask is made of carbon fibre and is one of three that Tottenham have provided him with for the duration of the World Cup.

Son added: ‘It’s made of good material. It’s light, hard when worn on the face, and it’s a good material that can protect against impact. I was surprised that it was considerably lighter than I …read more