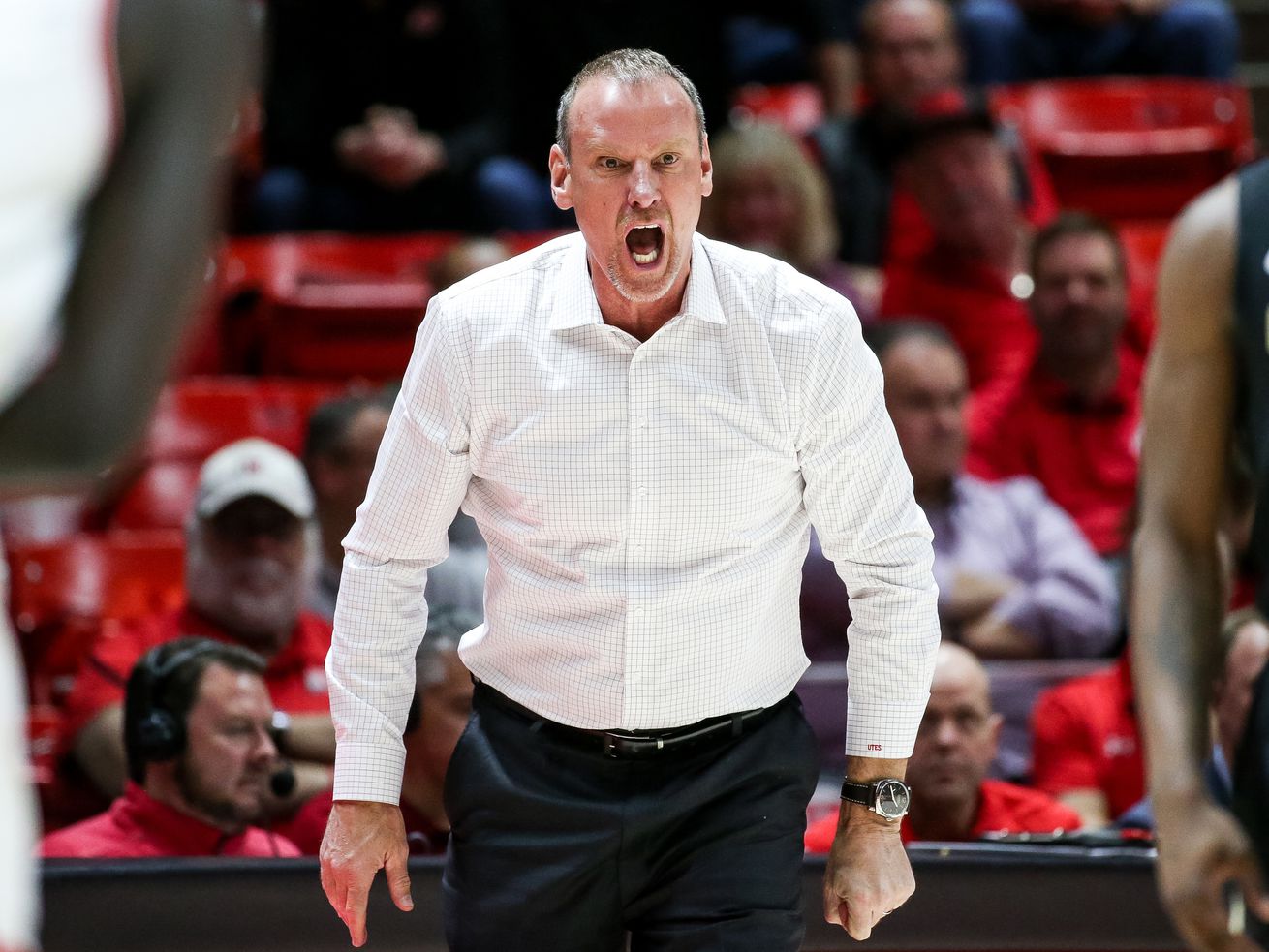 Utah Utes head coach Larry Krystkowiak calls out to players during a game against the Colorado Buffaloes at the Huntsman Center in Salt Lake City on Saturday, March 7, 2020. | Spenser Heaps, Deseret News

SALT LAKE CITY — Some of the Utah Runnin’ Utes’ games this fall will reportedly be moving from a warm, tropical location to one of the colder winter locales in the United States.

The Runnin’ Utes are slated to compete in The Battle 4 Atlantis this season, a tournament typically held in the Bahamas, but numerous outlets have reported the event will be moved to Sioux Falls, South Dakota.

The tournament was originally scheduled for its usual Thanksgiving weekend slot, Nov. 25-27, but it’s unclear when it will be played with so much uncertainty surrounding the college basketball season. A decision on when the season will start is expected Wednesday.

The event is generally considered one of the better nonconference tournaments each year, and it is primed to have a strong field again this year, with Utah joining Duke, West Virginia, Memphis, Ohio State, Texas A&M, Creighton and Wichita State.

Sources: The 2020 Battle 4 Atlantis will be played at the Sanford Pentagon in South Dakota. Dates are TBD.

Jon Rothstein reported Monday that some fans will be allowed into the tournament at the Sanford Pentagon in Sioux Falls.

Utah will be young again this season with just one senior (Alfonso Plummer) and three juniors (Timmy Allen, Riley Battin and Brooks King), but a bunch of sophomores from last year’s rotation will be back and a good freshman class will be coming in.

Giannis Antetokounmpo Wins Back to Back MVP Awards