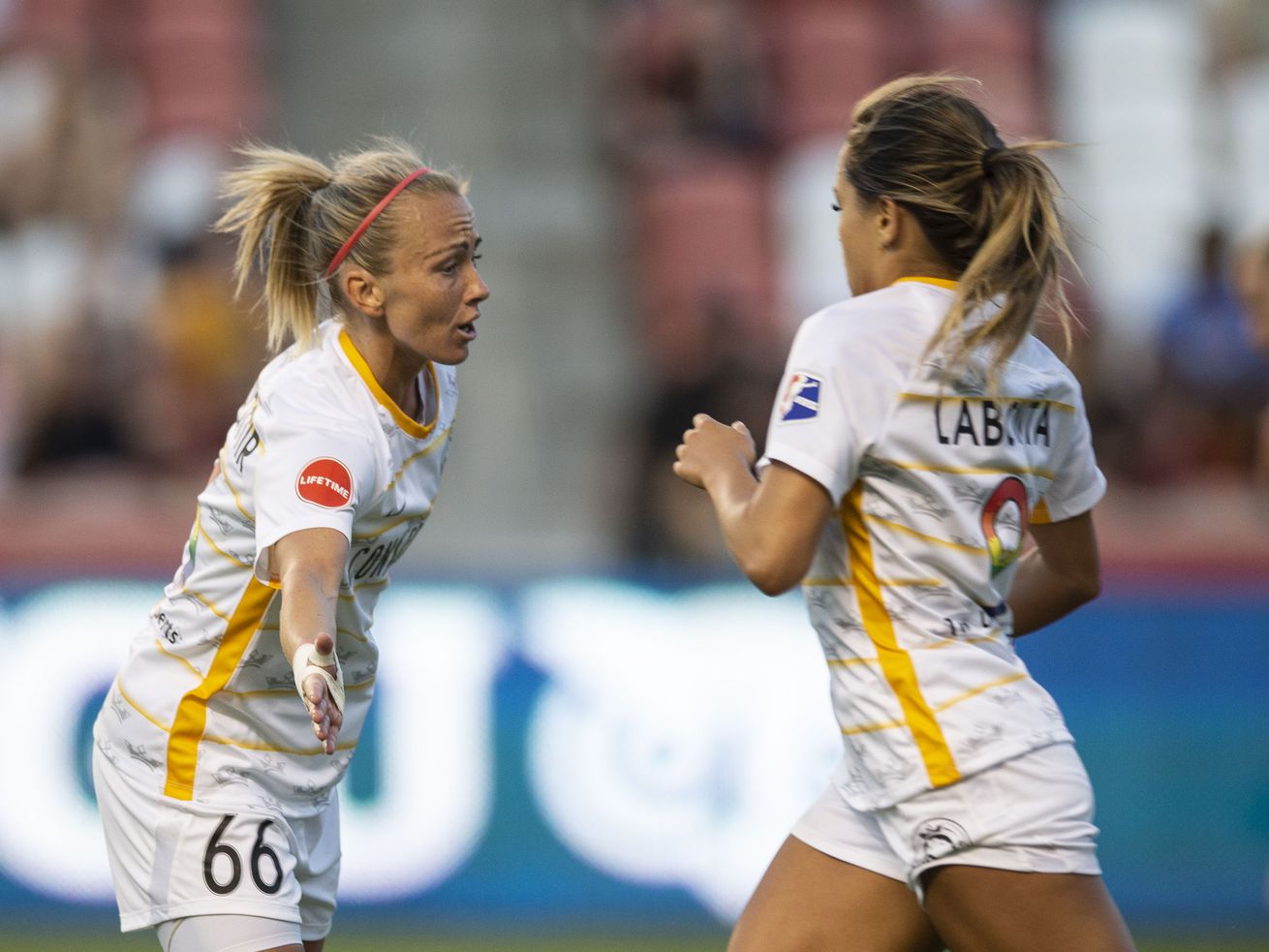 SALT LAKE CITY — After a monthlong buildup of excitement from the time Utah Royals FC hired new head coach Craig Harrington on Feb. 7 to when the team opened preseason training for the 2020 campaign on March 9, the coronavirus pandemic brought everything to a halt after just two days.

A little more than two weeks later, URFC finds itself in a position of uncertainty, much like the rest of the world. The National Women’s Soccer League on March 12 canceled the preseason but kept open the idea that the season could start as scheduled on April 18. Now, however, teams are not allowed to even train until April 6, and it stands to reason that could get pushed back in the coming days.

“I think the hardest thing for a lot of them was all the hard work that they put in behind the scenes to come into the preseason to get themselves firing and going.” — Utah Royals FC coach Craig Harrington

On Thursday, Harrington spoke to reporters for about 30 minutes via conference call and said the goal right now is to keep players as mentally and physically fit as possible — even as they practice social distancing measures — so they can be as prepared as possible when they’re allowed to hit the field again.

“I think the hardest thing for a lot of them was all the hard work that they put in behind the scenes to come into the preseason to get themselves firing and going, obviously with a new coach to try and impress,” he said of the forced stoppage. “They’re all extremely mentally tough. They’re resilient, robust people.”

Harrington said players have access to some workout equipment at home (they all live in at least pairs here), and everyone is in regular contact with each other, whether it be through phone calls, texting, WhatsApp or other methods. All are in Utah except for United States Women’s National Team players Christen Press and Kelley O’Hara, Canadians Desiree Scott and Diana Matheson, new French signee Aminata Diallo and captain Amy Rodriguez.

“Ultimately, everyone wants to be here and spend time together,” he said. “It’s a good chance to connect with people and understand each other.”

Meanwhile, Harrington is using this time to more fully wrap his arms around his new job. When he was hired, he and his wife, Allison, decided she would stay in Illinois (he was previously an assistant coach for the Chicago Red Stars) while their oldest daughter finished this school year.