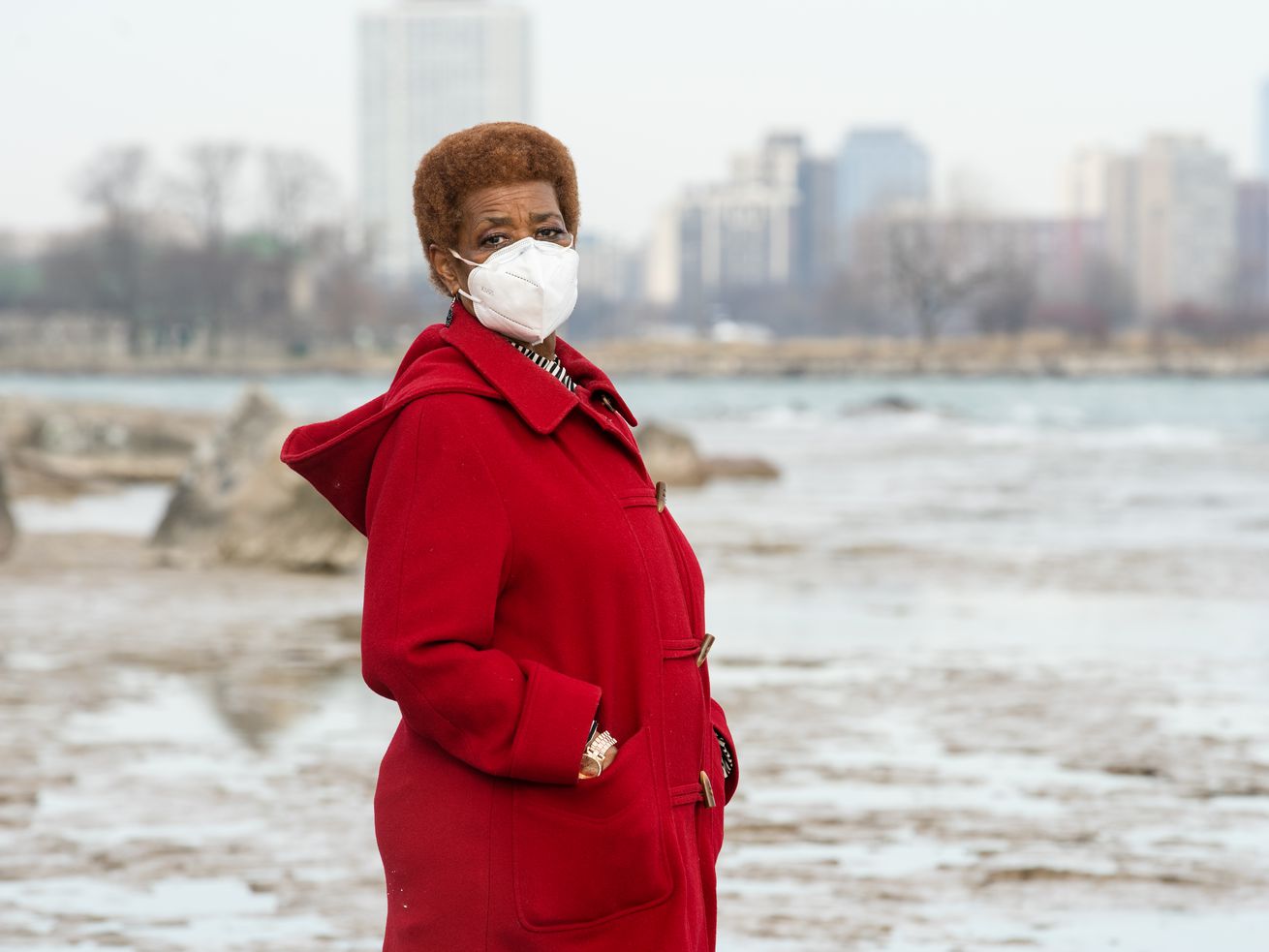 Bonnie Blue, who participated in a COVID-19 vaccine trial, initially wasn’t going to volunteer but decided to do so when she saw how many people were dying. | Pat Nabong / Sun-Times

Chicago hospitals struggle to recruit people of color, hit disproportionately hard by COVID, for vaccine research. ‘It will be a double tragedy if African Americans refuse to take the vaccine,’ one expert says.

As part of a network of Black pastors, the Rev. Floyd James is working with Rush University Medical Center to establish more coronavirus testing on the West Side.

James, the pastor of Greater Rock Missionary Baptist Church in North Lawndale, also has been trying to put doctors in touch with community members to help answer questions about COVID-19, which has spread aggressively in Black communities on the West Side and South Side.

Hospitals like Rush, one of Chicago’s biggest, have been trying desperately to recruit people of color for vaccine research to help ensure the therapies are safe and effective in the most vulnerable populations.

But that’s a tough sell, according to James, who — along with two dozen family members — came down with the virus earlier this year and says it left him feeling “like Mike Tyson’s punching bag.”

He’s uncertain about whether many West Sider residents will get a shot once the vaccines are available, let alone take part in the studies making sure they work.

Tyler LaRiviere / Sun-Times
The Rev. Floyd James at Greater Rock Missionary Baptist Church in May holding a touchless thermometer the church has used to check parishioners coming to church.

Why I love this plant in my garden, and why I think you will, too

“We’ve been hoodwinked so many times with vaccines,” James says, repeating a sentiment often heard in Black communities. “We’ve been experimented on by the government, by the scientific community and the hospitals.”

There is a deep distrust among many Blacks regarding medical studies. The U.S. government’s Tuskegee syphilis research — which withheld treatment of poor Black men over a 40-year period — often comes up. That wariness has been reflected in low participation by Blacks in medical studies in Chicago and nationally.

“The mistrust built up over years is well-founded,” says Dr. Monica Peek, an associate professor of medicine and health disparities researcher at the University of Chicago. “There have been repeated experiences that degrade the value of black lives — not only in health care.”

That’s a problem hospitals have to address, Peek says, because Black and Latino Chicagoans are being infected with COVID-19 and dying from the virus disproportionately compared with whites. Blacks account for more than twice the number of coronavirus deaths as whites, and Latinos account for the highest number of cases, more than double that of whites, city data show.

It’s a tough challenge for Chicago’s large academic hospitals, which are still trying to recruit hundreds of volunteers to test the safety and effectiveness of the vaccines but struggling to recruit enough Black and Brown participants. African Americans have been particularly hard to enlist.

The late Alex Trebek hosted more than 8,200 ‘Jeopardy!’ episodes, with his last slated to air on Christmas Day. Here’s a look at his life and legacy, from his start as a Canadian sports announcer to Emmy-winning millionaire.