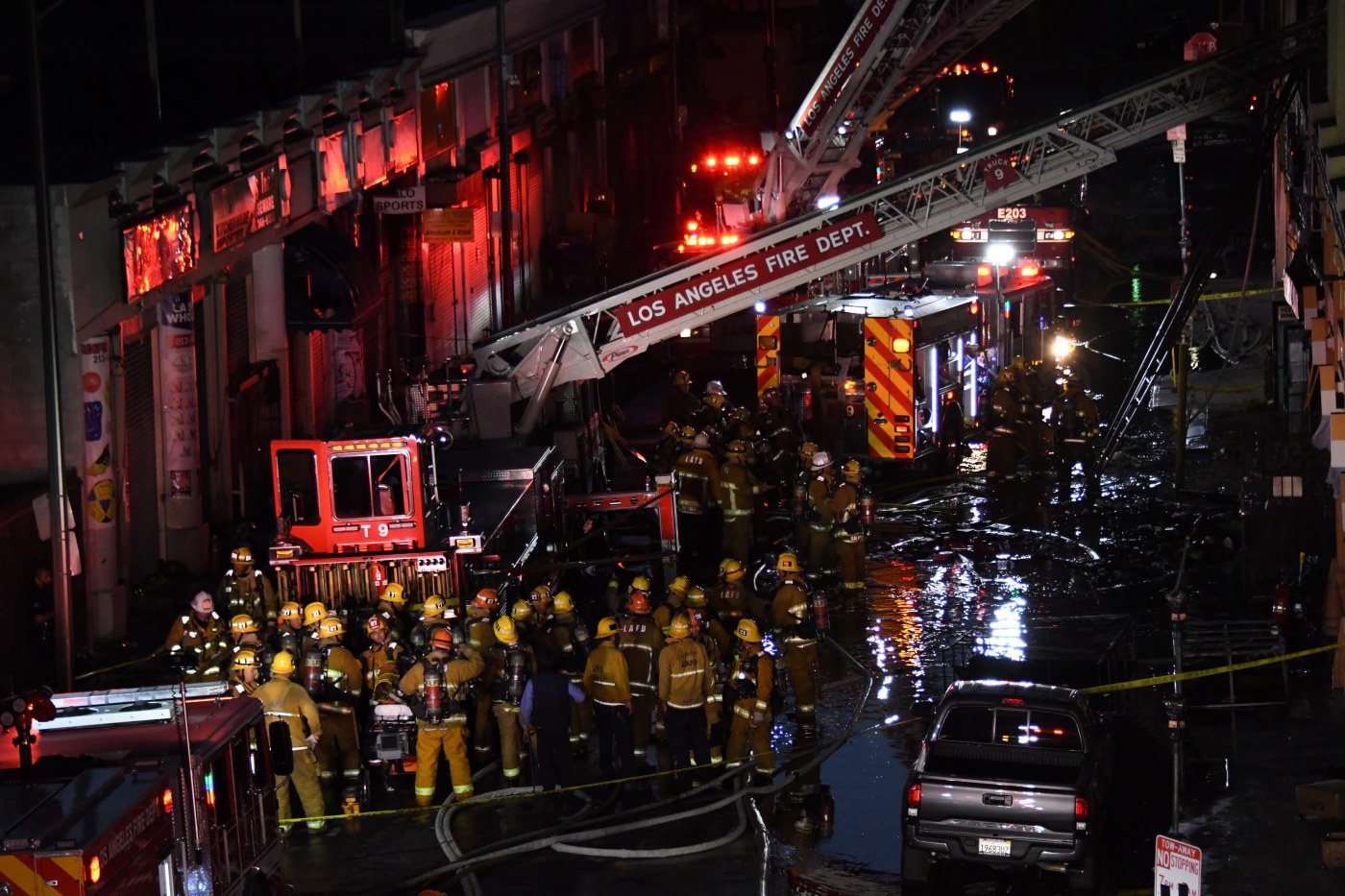 The owners of two downtown Los Angeles smoke and vape supply shops where an explosion in May injured a dozen firefighters must pay the city at least $127,000 after taking plea deals from prosecutors this week.

As a part of the plea deal struck Thursday, Shafaq Sattar and Raheela Lakhanny, who operated the supply stores on Boyd Street, pleaded no contest on behalf of their businesses to a dozen city code violations such as unlawfully storing flammable and combustible liquids, unlawfully storing, processing or using hazardous materials, and various fire code violations, the Los Angeles City Attorney’s Office said. The $127,000 payment is intended to cover the costs of investigating the blast.

Prosecutors agreed to drop additional charges against Sattar and Lakhanny. The pair and their businesses were a part of a massive complaint in which prosecutors filed hundreds of charges in August. Their attorney, William Kroger, declined to comment Friday.

Also in the agreement, the businesses were ordered to serve one year of probation, which means the owners or attorneys representing them need to appear in post-conviction court hearings to make sure the businesses comply with the terms of their convictions, the office said. Both businesses must also break their leases and are no longer allowed to occupy the property.

The owner of the building, Steve Sungho Lee, 56, and Bio Hazard, another business operating at one of the Lee’s buildings, still face charges that carry the possibility of thousands of dollars in fines and jail time. A court hearing for Lee and Bio Hazard were set for Feb. 4, 2021.

A separate criminal investigation, handled by the Bureau of Alcohol, Tobacco, Firearms and Explosives into the explosion is ongoing. An ATF spokeswoman said there is no timetable for its completion.

The May 16 explosion came as firefighters worked to extinguish a fire burning deep inside the Boyd Street building. Fire crews on ladders doused the flames from atop, while others had entered the building when a tower of flames shot up into the sky and out toward the street, charring fire engines and sending the firefighters scrambling to remove their burning equipment.

Several of the firefighters were severely burned in the blast, while all 12 of those injured were hospitalized.

Arson investigators found large amounts of butane, a highly flammable gas, stored inside the building following the explosion. Fire department officials acknowledged they had previously failed to inspect the Boyd Street property, which probably would have led to the seizure of some of the chemicals that fueled the blast, according to a Los Angeles Times report.

The smoke and vape store had previously advertised chemicals used for producing cannabis products, the fire department said following the blast. Some cannabis companies use butane gas to extract THC from marijuana so they can make more concentrated products, such as oils for vaporizer pens.

Nordstrom’s Black Friday 2020 sale is happening now — here’s everything you need to know, along with the best deals

Black Friday 2020: The best early deals, buying advice, and everything else you need to know this week