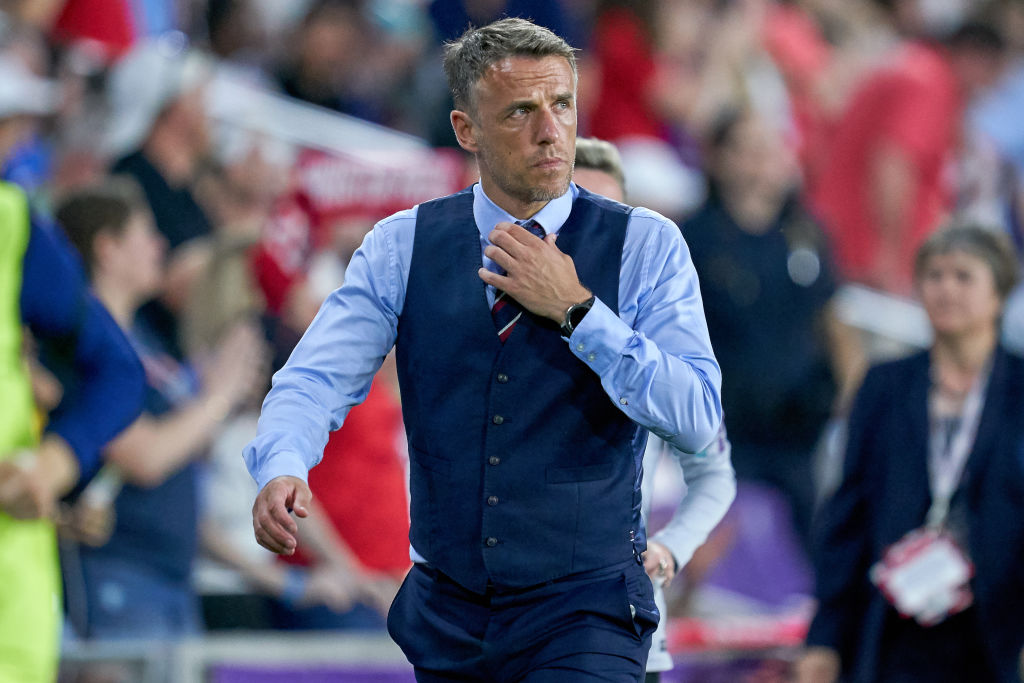 Former Manchester United defender Phil Neville is set to be unveiled as Inter Miami manager after agreeing terms with the MLS club.

The England Women’s coach had planned on stepping down from his role with the Three Lions in July but his exit will be fast-tracked to enable his move to Florida.

David Beckham co-owns the MLS outfit and he was quick to speak to his Class of ’92 team-mate after the club parted company with Diego Alonso last week.

Neville had been lined up to manage the Great Britain women’s team at this summer’s Olympics but a move Stateside will end his dreams of managing in Tokyo.

Miami finished tenth in the eastern conference last term, which was their maiden campaign in Major League Soccer.

Beckham, who also co-owns Salford City alongside Neville, has big plans for the Florida outfit.

The likes of Gonzalo Higuain and Blaise Matuidi have already signed for the club, while Beckham has ambitiously targeted the likes of Lionel Messi, Antoine Griezmann and Luis Suarez.

Neville guided England to the semi-finals in the 2018 World Cup, where they were knocked out by the USA.

Aaron Rodgers Fast Tempo Surprises Rams Defense | Rams vs Packers
James Harden Appears To Be Done With Houston: ‘This Situation Is Crazy, It’s Something That I Don’t Think Can Be Fixed’

Rep. Pramila Jayapal revealed she contracted COVID-19 and says ‘Republicans who cruelly and selfishly refused to wear masks’ during the Capitol siege are to blame