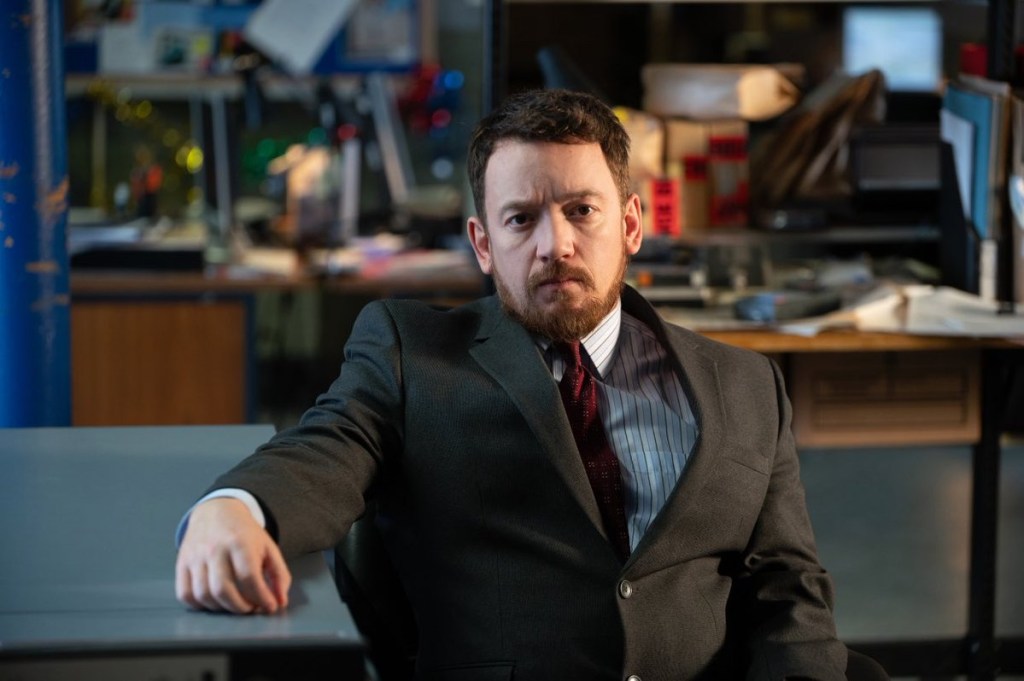 The Pembrokeshire Murders has announced itself as the most compelling crime series of the year so far – and viewers have been doing their own detective work after spotting a familiar face among the cast.

Fans have shared their delight on social media after spotting a Gavin and Stacey star in the new ITV drama – none other than Owain Hughes actor Steven Meo, who has had quite the transformation.

Best known by many for his appearance as Gavin’s Welsh colleague Owain, Steven plays DI Lynne Harries in the Pembrokeshire Murders, who assists in the investigation against serial killer John Cooper.

Owain appeared in the third series of the BBC sitcom, playing one of Gavin’s new co-workers after he moves to Swansea.

His name was the subject of one of the most niche jokes on Gavin and Stacey too, when he said ‘and before you ask, no I don’t’ after introducing himself.

It left Gavin baffled. If you’re wondering, the joke refers to his name sounding like ‘Owe Wayne’, so it becomes ‘before you ask, no I don’t Owe Wayne Hughes.’

Steven looks completely different to his days on Gavin and Stacey in the new series, sporting a beard and much shorter hair in the role.

Fans shared their excitement at seeing the actor star in the drama, congratulating him on his new role.

‘Anyone else watching #PembrokeshireMurders get way too excited when they saw Owain Hughes from Gavin and Stacey?’ another said.

Anyone else watching #PembrokeshireMurders get way too excited when they saw Owain Hughes from Gavin and Stacey? pic.twitter.com/712Tt4QEHt

Owain Hughes has done well for himself. Detective. #PembrokeshireMurders

Can’t cope with Owain Hughes being in the #pembrokeshiremurders and before you ask, no I don’t ð¤£

Gavin and Stacey: Will there be a new Christmas special? Fans demand answers

Will there be a Gavin & Stacey Christmas special in 2020?

The Pembrokeshire Murders concludes tonight at 9pm on ITV.

Bitcoin has fallen below $35,000 to key technical levels that analysts say could be make or break for the next move higher

The 369 Manifestation Method Is Going Viral On TikTok. Here’s How To Do It

Who is Bush Baby on The Masked Singer? All the clues you need to know