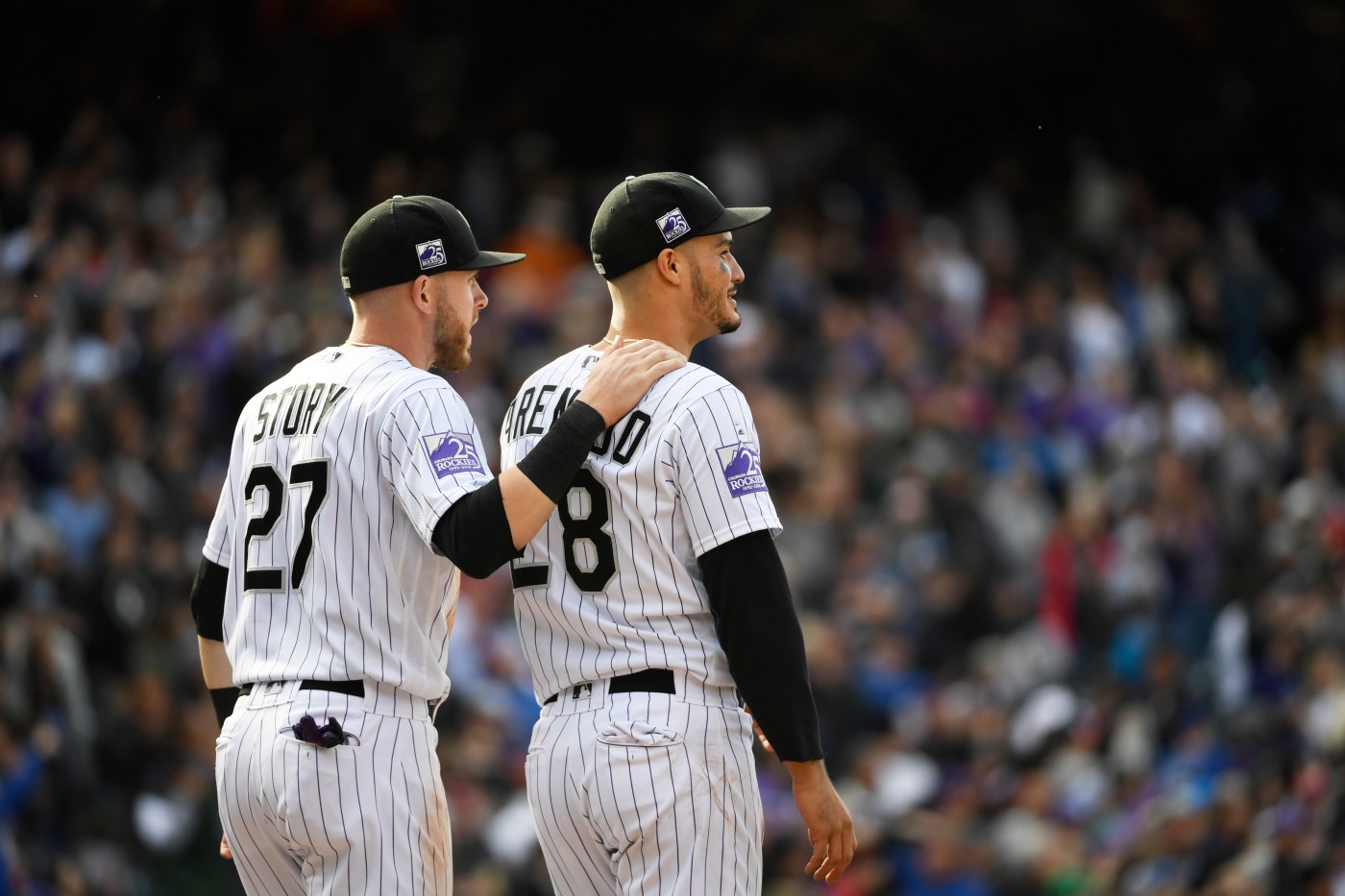 The Rockies will hold their first full-squad workout of spring training Tuesday. Given that, now is the perfect time for my way too early 2021 predictions:

* He won’t win it wearing a Rockies uniform because he’ll be traded at the July 31 deadline, if not before.

* Nolan Arenado will win his ninth consecutive Gold Glove, but this time he’ll do it wearing Cardinals red.

* When Arenado returns for a series at Coors Field on July 1-4, 62% of the fans will wear red. Or thereabouts.

* Arenado will receive a standing ovation and it will move him more than he expects it to.

* Arenado’s Cardinals will qualify for the playoffs but make an early exit.

* Garrett Hampson will win the starting job in center field for the Rockies and become a fan favorite. My crystal ball sees a .282 average, 12 homers, 26 stolen bases, timely bunts and several great catches. Not to get specific or anything.

* The Padres will dethrone the Dodgers in the National League West. And not just because Alanna Rizzo no longer does TV for the Dodgers.

Rockies’ German Marquez wants to win a Cy Young, but much work remains

Rockies Insider: Padres’ mega-deal with Fernando Tatis Jr. another sign that Colorado is way behind in NL West

2 charged in connection with Austin homicide

Keeler: Kyle Freeland just threw down a gauntlet on the NL West. But will the Rockies pick it up?

* Take note disgruntled Rockies fans, the Padres and Dodgers will be two of baseball’s most exciting teams. Might be worth a trip to Coors Field to watch them?

* Monfort won’t fire general manager Jeff Bridich. At least not during the season.

* Not to get specific or anything, but 73% of the fans who are planning to boycott the Rockies this season will end up going to a game at Coors Field once it’s opened to fans.

* I’ll get several nasty emails about the above prediction.

* If my memory serves me, I correctly predicted a Dodgers-Rays World Series last year, …read more

COVID & prep sports: ‘This is the right way to do it’ doctor says of California’s new plan

This Graphic Novel Is the Moby-Dick of Tabloid Murders

Some ex-participants criticized a key Google scheme for Black students, saying it is riddled with issues

Illinois out of sync in loss to Michigan State